They laughed when Brendan Rodgers called him the "Welsh Xavi" but no-one's laughing now.

Joe Allen was once a figure of fun for many football fans, thanks largely to his manager's description of him when he joined the club from Swansea City in 2012.

END_OF_DOCUMENT_TOKEN_TO_BE_REPLACED

During the fly-on-the-wall documentary series Being Liverpool, Rodgers beamed, wrapped his arm around Allen and compared him to one of the greatest midfielders of his generation, Xaxi.

Everyone had a laugh, the moment became a popular vine and the tag stuck on Allen.

However, Allen has experienced a Renaissance of sorts.

His form for Liverpool in big games last season was impressive, and he was brilliant for Wales at Euro 2016. First-team opportunities were going to be hard to come-by this season for Jurgen Klopp's side, so Allen joined Stoke City for £13m. 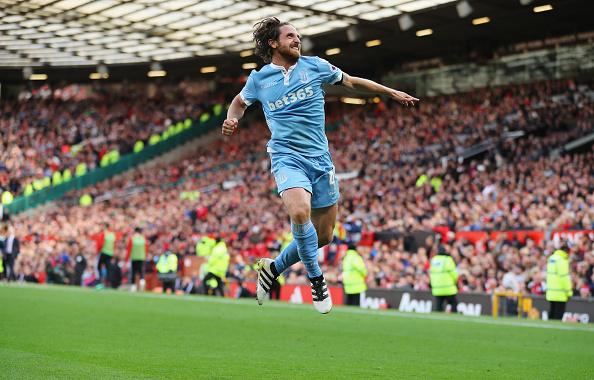 END_OF_DOCUMENT_TOKEN_TO_BE_REPLACED

That price now looks like a bargain for Mark Hughes side. Allen has been tremendous for his new team, scoring four goals in 10 appearances - as many as he scored in 91 games for Liverpool - and endeared himself to fans of both his former and current club by scoring an equaliser against Manchester United at Old Trafford.

From being laughed at because he was compared to Xavi to being likened to Jesus Christ, Allen has really had a change in perception over the past year.

He continued his impressive form during Monday night's game between Stoke and Swansea City.

The home side won the Premier League game 3-1, with Wilfried Bony scoring twice against his old team. Allen set-up two of the goals, and recorded a pretty impressive statistic in the process, further embellished his close to legendary status.

The 26-year-old has been involved in more goals this season than Manchester United duo Paul Pogba, the most expensive player of all time, and Zlatan Ibrahimovic.

“I didn’t think he had that in his locker!” @ThierryHenry praises Joe Allen on #MNF https://t.co/6M4IWbGAdr

Maybe Rodgers was right all along.