Leading 1-0 on aggregate, and with the EFL Cup semi-final second leg goalless at Anfield, Southampton were on the verge on reaching Wembley as the game entered stoppage time.

Long stepped-up to secure his team's place in the final in style. The Republic of Ireland striker finished off a swift counter attack in the final minutes and gave Southampton a 1-0 win on the night.

Following the game, Carragher praised the impact of Long, who came-on for Jay Rodriguez just after half-time, and said that Liverpool lack a player capable of making a similar impact.

Carragher said the 30-year-old striker was a better option than any of the players on Liverpool's bench. 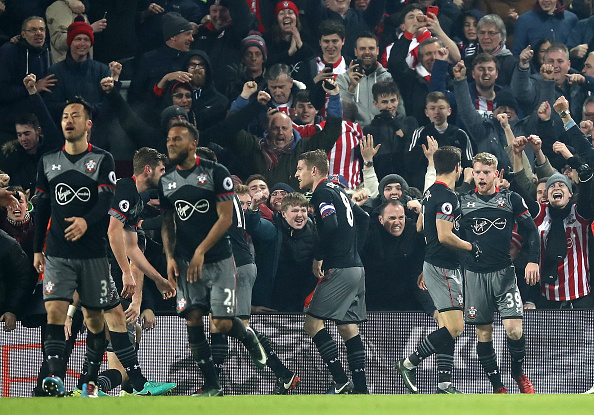 "He's always the type of player that, when he comes on, you’re thinking: 'he'll cause a problem with his pace'.

"I've played against him. It's not just his pace, it's his strength, the low centre of gravity. There was one [incident] where he just knocked [Joel] Matip completely over when he jumped for a ball.

"Coming up against him you always feel, he’ll cause you a problem on the counter.

"You look at the two benches [above] and when you see Shane Long coming on you think: 'that's better than what Liverpool have got on the bench' - in terms of a forward coming on."

Long hasn't been a regular for Southampton this season, and last night's strike was just his fourth goal of the season.

However, as Carragher said, he is capable of making an impact in games and his pace is always a threat to opposition defenders.

Liverpool have lacked such a player since Sadio Mane departed for the African Cup of Nations.