Football agent Mino Raiola has reportedly been banned from transfer activity for three months, as reported by Italian publication Calciomercato.

It says Carmine (Mino) Raiola suspended for 3 months, and his cousin Vincenzo for 2 months.


No reasons for this suspension have been listed, although Calciomercato's report suggests it stems back to the transfer of Gianluca Scamacca to PSV in 2015, when AS Roma were unhappy with the way the player left the club. 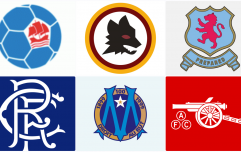 You won't get full marks in our classic football crests quiz

END_OF_DOCUMENT_TOKEN_TO_BE_REPLACED

Mino Raiola's absence from the summer transfer window could see the likes of Paul Pogba and Matthijs, both clients of his linked with moves away from their respective clubs, staying put this summer.

Raiola brokered Pogba's world record move from Juventus to Manchester United, while also bringing Zlatan Ibrahimović and Henrikh Mkhitaryan to the club. With United in a never-ending crisis, the Pogba is reportedly keen to bring his second spell at United to an end, but may have to endure another season at Old Trafford if this ban is implemented.

De Ligt, meawhile, has been linked with a summer transfer to Barcelona from Ajax. The 19-year-old has captained the Dutch side to a Champions League semi-final this season and has piqued the interest of Europe's elite clubs, but he may have to wait another year before he makes the step up if Raiola cannot arrange a move for him unless he decides to change agents.


popular
Mark Selby slams 'disrespectful' Ronnie O'Sullivan after Crucible elimination
QUIZ: Is this a Marvel character, or a DC character?
QUIZ: Can you get full marks in this devilishly tricky capital cities quiz?
Why Barcelona will have to pay Liverpool if Bayern Munich win the Champions League
QUIZ: Beat the clock to name the Premier League assist kings
Eat gummy bears for better recovery after a workout, says fitness expert
Can you name every English football league club that begins with 'C'?

You may also like
Sport
QUIZ: Beat the clock to name the Premier League assist kings
Sport
Bournemouth accept £18.5m bid from Sheffield United for Aaron Ramsdale
Sport
Can you name every English football league club that begins with 'C'?
Sport
Arsenal announce departure of head of football as overhaul continues
Sport
Why Barcelona will have to pay Liverpool if Bayern Munich win the Champions League
Next Page