Robinho was first arrested back in 2017

Italian prosecutors have requested an international arrest warrant for former Brazil and Manchester City forward Robinho after he was convicted of rape. 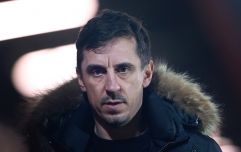 END_OF_DOCUMENT_TOKEN_TO_BE_REPLACED

Robinho, along with five other Brazilians, was found guilty of the gang rape of a 22-year-old girl in a Milan night-club back in 2017 and sentenced to nine years in prison.

As per the Daily Mail, officials in Italy are now demanding that the 38-year-old is extradited by the Brazilian authorities so that he can serve time in the country where the offence was committed.

Despite making the request, it is unlikely that it will be granted as Brazilian authorities do not permit the extradition of their citizens.

Under his current arrest warrant, should Robinho leave his native Brazil, he could still face arrest if he travels to any of the countries Italy does have an extradition agreement with - which is believed to be around 70 different nations. 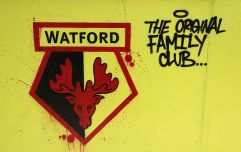 END_OF_DOCUMENT_TOKEN_TO_BE_REPLACED

During his appeal, Robinho confessed that he did have "contact" with the woman and insisted that it was consensual.

However the Milan Court of Appeals found he had "belittled" and "brutally humiliated" the victim during after the initial sentence was upheld during a hearing in December, 2020.

In January, the Supreme Court then dismissed Robinho's final appeal against conviction.

Evidence which was shown to convict the former AC Milan forward included messages that had been intercepted, phone calls and messages between the footballer and the others who were alleged to have been involved in the attack.

One of the messages showed the 38-year-old saying: "It makes me laugh because I'm not interested, the woman was drunk, she doesn't even know what happened."