This would be absolutely amazing

Italy's sleeping giants Parma returned to Serie A this summer after three consecutive promotions, beginning with their successful navigation out of Serie D in the 2015/16 season. 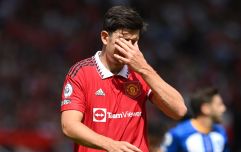 END_OF_DOCUMENT_TOKEN_TO_BE_REPLACED

They had been relegated from Serie A the season before having been declared bankrupt in March 2015. That bankruptcy materialised over massive debts, including unpaid wages.

But now they're back, and it seems that they have their sights on a star signing. No, they're not looking to break the bank again on a Ronaldo or a Messi, instead they are reportedly interested in securing the services of none other than England's very own Peter Crouch.

The Stoke Cit striker scored six goals for the Potters; not enough to prevent them from being relegated to the Championship but certainly enough to suggest that he still has plenty about him.

Parma secured promotion last season - finishing second in Serie B - but their goal total of 57 in 42 league games tells its own story. 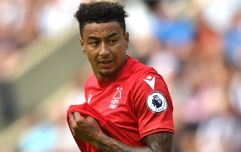 END_OF_DOCUMENT_TOKEN_TO_BE_REPLACED

Now, at the age of 37 Crouch is not necessarily a spring chicken, but given the slower pace of Serie A combined with his underrated technical abilities and frankly ludicrous height, you wouldn't bet against him succeeding for the Emilian side.

Above all, it'd just be wonderful to see the Robot exported to a different country.