In the entire David de Gea fiasco, one man seems to have been forgotten.

Unlike the Manchester United goalkeeper, Keylor Navas was told he wasn't wanted by his current club.

END_OF_DOCUMENT_TOKEN_TO_BE_REPLACED

The Costa Rican 'keeper was informed by Real Madrid that he had no future at the club, and had to either join United or sit on the bench.

Then the De Gea transfer collapsed, and Madrid were left with a first-choice goalkeeper who they'd tried to bundle out of the club. 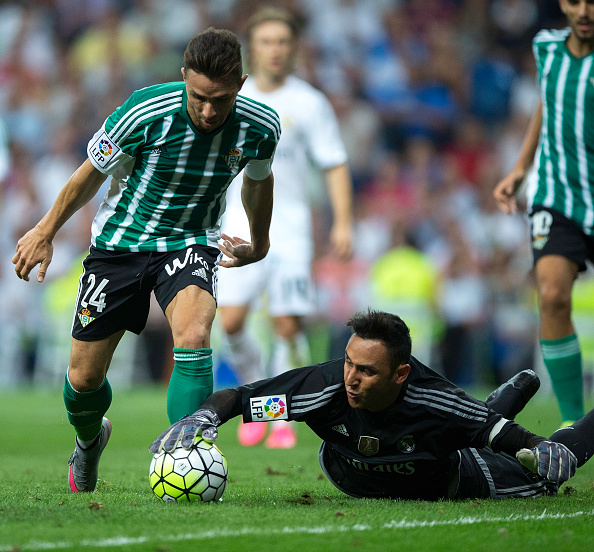 END_OF_DOCUMENT_TOKEN_TO_BE_REPLACED

This would explain why Navas reportedly attempted to push through a move to United on Tuesday, the day after De Gea's transfer collapsed.

According to the Daily Mirror, Navas was so desperate for the move to go through, he even phoned United on Tuesday in attempt to reignite the transfer.

The goalkeeper had reportedly been sitting on a plane awaiting the go-ahead to fly to Manchester to complete his medical.

It's unlikely Madrid would have ever sanctioned such a move, but it would've been just payback for Navas, who appears to come out of the fiasco faring the worst.