"Hopefully we can inspire the next generation" - Christie Murray interview

Scotland have already made history, but Christie Murray is hoping to achieve much more

Scotland's women's football team have never played at a World Cup before - in 1999 and 2003 they weren't even able to attempt to qualify due to being in "class B" of Europe's tiered entry system.

END_OF_DOCUMENT_TOKEN_TO_BE_REPLACED

That all changes this summer, however, after Shelley Kerr's side secured their place in history as the first Scottish women's team to play at a World Cup, winning seven of their eight qualifying fixtures.

They carried that momentum into the Algarve Cup last month, where they beat Brazil - only the second Scottish side to do so - in a game that attacking midfielder Christie Murray says gave them a huge boost ahead of the main event in France.

"It was a friendly that we were looking forward to because in the World Cup we’re going to be facing teams that are ranked higher than us and have more experience," Murray explains to JOE in an exclusive interview.

"We want to test ourselves and challenge ourselves against the best teams." 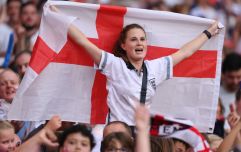 TV audience for Lionesses peaked at an astonishing 17.5 million

END_OF_DOCUMENT_TOKEN_TO_BE_REPLACED

That first challenge will come on Sunday afternoon, when Scotland take on their oldest rivals, England, who came within minutes of reaching the final at the 2015 World Cup.

There is no fear in the Scotland camp - quite the contrary - as Murray says they are "excited" about the opening fixture and hope to use the occasion as an opportunity to boost the game's popularity.

"For us, it's just excitement," she says. "It's something that people will be wanting to watch as well so we’re hoping that can help the women’s game as well."

Growing the women's game is a common theme in conversations around the 2019 tournament, which is expected to be a seminal moment for women's football - a chance to build on the progress that has been made over the past two years. 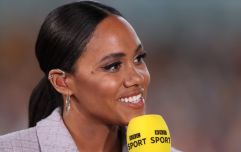 END_OF_DOCUMENT_TOKEN_TO_BE_REPLACED

"It’ll be big, the game has grown a lot since the Euros. There’s been huge crowds and there’s been a massive interest in it. Hopefully we can take it forward even more," says Murray.

"Even from a personal perspective, I came home and so many people were saying ‘Good luck, we’ll be watching'. That has never happened before.

"It’s never happened before in Scotland so hopefully we can generate even more of an interest and inspire the next generation in Scotland to get involved in football."

Murray is looking forward to making history for Scotland, but remains realistic about what they can achieve. Getting out of a group that includes Japan and Argentina, alongside England, is the primary objective.

"We’ve got a lot of players playing at the top clubs in England and in Europe, so the aim for us is to get out of the group and see where it takes us.

"We’ve got a great coach and a good squad of players so we’re excited about the challenge going forward and can’t wait to get started."

Christie Murray will wear New Balance Tekela at the World Cup this summer.