"I'm reacting maybe a little bit emotionally but, to be honest, I don't really care."

Gary Neville has launched an extraordinary broadside at Manchester United after reports broke on Friday night that the club was going to sack Jose Mourinho.

Following Sky Sports' coverage of Brighton's win over West Ham, the Red Devils legend launched into a five-minute tirade against player-power, executives being in 'Football Manager' mode and a 'rotten to the core' situation at Old Trafford.

The Mirror's David McDonnell has reported that United will sack Mourinho regardless of whether they win, lose or draw against Newcastle United this weekend.

Asked if it would be the right decision Neville began, "No. I think, to be honest with you, I’m furious.

"I’m furious since three or four years ago when David Moyes was sacked and it was broken a day before to journalists. I think of Louis van Gaal being sacked the evening of an F.A cup final and finding out from other people.

"I think about how the club is being operated. If this is true, and Jose Mourinho is going to walk out at Old Trafford tomorrow as almost like a dead man walking, those fans will absolutely turn towards that boardroom. It’s unacceptable. I have to say that Jose Mourinho will get the biggest support he’s ever had in his life in that ground and I’ll be there to give it to him. 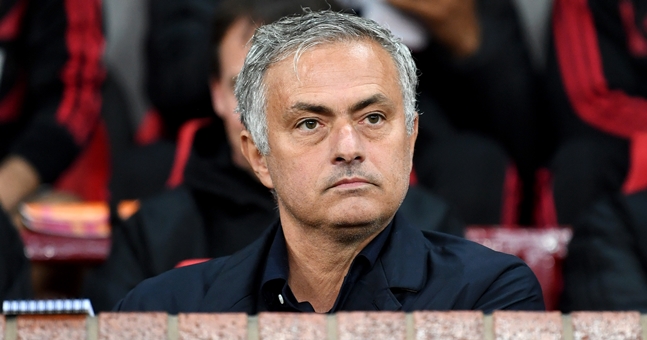 
"Because," Neville added, "if this is true and it’s broken the day before it’s going to happen and he’s going to be sacked after the game or at the weekend it’s an absolute disgrace. Where are the values and the principles of Manchester United if this is true?

"At the end of the day this is going on for five or six years and I have to say Jose Mourinho is one of the best managers in the world. Any manager would struggle in that football club in the way in which the recruitment is handled, how it operates.

"Enough is enough for me. I love that football club. I absolutely love it to death, it’s been my life. It’s given me everything. I’m not turning on my football club, but I have to say, something has to change; and it isn’t the manager. It’s above that.

"I’m furious at thinking this has broken out. Journalists don’t break stories of this nature unless they’re absolutely certain. I hope it’s not true but if it is true it’s an absolute disgrace."

"I will say," Neville continued, "there is something rotten to the core about the way the club is operating and it has to be coming from the top...

"The people in the boardroom who are overseeing the football operations are nowhere near good enough; they're not qualified. They're playing Football Manager with the biggest club in the world. Stop it!"

Neville will be at Old Trafford this weekend and he will be backing Mourinho.