No, it's not Lozano

Fulham are having one hell of a summer. Since being promoted via the play-offs, they have secured the signings of Jean-Michael Seri from OGC Nice as well as World Cup winner with Germany and former Chelsea winger, André Schürrle. 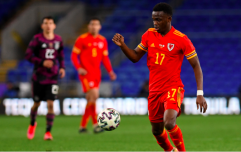 END_OF_DOCUMENT_TOKEN_TO_BE_REPLACED

They would not have been able to sign this calibre of player were it not for their expansive style of football, which atrracted a lot of praise throughout the course of last season.

The West London club aren't stopping there, either. According to the Portuguese newspaper Record's Mexican website, Fulham have made an approach to sign FC Porto captain Hector Herrera.

Herrera was a key player for Mexico at the 2018 World Cup, helping his national team beat Germany and progress to the round of 16, where they were knocked out by Brazil.

According to the report, Fulham boss Slavisa Jokanović has already spoken with the midfielder, who he sees as a potential 'axis' to his midfield, sititng behind club captain Tom Cairney and new signing Jean-Michel Seri.

Fulham, as well as Wolves, have put themselves in good stead to survive in the Premier League by making several shrewd signigns already this summer. Last season's Championship winners Wolves have secured deals for Joao Moutinho from Monaco as well as Rui Patricio from Sporting Clube de Portugal. The Midlands club were today linked with another Portugal international, Pepe, who currently plays for Besiktas.