"I am disappointed," he said, "not to have had the time this season to take the club forward and bring it to the next level."

Frank Lampard has released a statement following his dismissal as Chelsea manager. After a meeting with the club's hierarchy on Monday morning, the Chelsea legend was relieved of his duties.

Reports of Lampard's sacking emerged early in the day after Chelsea players were told to stay home until the afternoon's training session.

These claims were then confirmed when a club statement was released.

Lampard, a Stamford Bridge legend during his playing days, was handed the Chelsea job after a solitary season of management, during which he took Derby County from a sixth placed finish during the 2017/18 season to a sixth placed finish at the end of the 2018/19 season. They would go on to lose to Aston Villa in the play-off final. 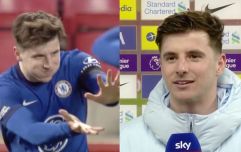 END_OF_DOCUMENT_TOKEN_TO_BE_REPLACED

"This was a very difficult decision for the Club, not least because I have an excellent personal relationship with Frank Lampard and I have the utmost respect for him.

"He is a man of great integrity and has the highest of work ethics. However, under current circumstances we believe it is best to change managers.

"On behalf of everyone at the Club, the Board and personally, I would like to thank Frank for his work as Head Coach and wish him every success in the future. He is an important icon of this great club and his status here remains undiminished. He will always be warmly welcomed back at Stamford Bridge."

Lampard himself has now published a statement of his own, via Instagram.

"It has been a huge privilege and an honour to manage Chelsea, a club that has been a big part of my life for so long.

"I would like to thank the fans for the incredible support that I have received over the last 18 months. I hope they know what that means to me."

Interestingly, Lampard admitted he felt disappointed not to have been given more time in the job.

"I am disappointed," he said, "not to have had the time this season to take the club forward and bring it to the next level."

popular
#ResignBorisJohnson trends on Twitter after he was found to have misled parliament
The JOE Pub Quiz: Week 233
QUIZ: Can you name England's XI from every knockout loss since 2002?
Imagining a North vs South Premier League All-Star match
YouTubers trick royal experts into commenting on Harry & Meghan interview that hasn't aired
QUIZ: Identify the clubs these Football Italia legends played for - #1
A definitive ranking of every swear word from worst to best
You may also like
Sport
Erling Haaland prefers move to "absolute top club" rather than Chelsea
Sport
Luke Shaw says referee didn't give penalty because it would "cause a lot of talk"
Sport
Reece James reveals vile racist social media abuse
Sport
QUIZ: Name every Chelsea manager hired by Roman Abramovich
Sport
Danny Drinkwater deletes Lampard sacking 'celebration' post after furious backlash
Next Page