Five players who were robbed of a Ballon d'Or

Ribery is still bitter about 2013

There will be no Ballon d'Or this year, which will disappoint the likes of Robert Lewandowski, who was a shoo-in after his 51 goal season. The Polish striker is just one of many world class footballers to have missed out on the coveted award - which has gone to Lionel Messi or Cristiano Ronaldo every year since 2009, with the exception of 2018 when Luka Modrić broke their duopoly. 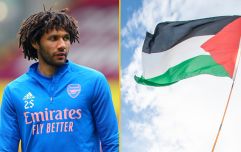 END_OF_DOCUMENT_TOKEN_TO_BE_REPLACED

For example, Thierry Henry never won the Ballon d'Or, or even the FIFA World Player of the Year award, before they merged.

Only one defender in the modern era has won it: Fabio Cannavaro in 2006.

Of course, this is inevitable given the nature of it being an individual award. But nevertheless, we thought we should acknowledge those who were unlucky to miss out on it.

With the Ballon d'Or ceremony cancelled for 2020, here are five players who were robbed of the award. 🏆 pic.twitter.com/BlU1wjVlea