It's a star-studded line up this year

We are less than two months away from the biggest charity football match of the year, and we can now reveal that five more former England internationals will be playing for Robbie Williams' home side at Old Trafford. 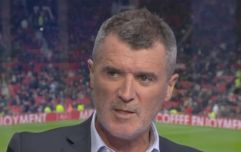 END_OF_DOCUMENT_TOKEN_TO_BE_REPLACED

David Seaman, Phil Neville, Danny Murphy, Jamie Redknapp and Robbie Fowler will all be part of the England squad for Soccer Aid for Unicef, boosting England's chances of beating the World XI in what is set to be an entertaining afternoon raising money for a great cause.

The quintet are thrilled to be taking part. "Over the years I always did quite well at Old Trafford – three match-winning free kicks from my time with Liverpool spring to mind! So, it’s always a pleasure to come back and be part of Soccer Aid because as well as it being a great match to play in, together we all raise a huge amount of money for Unicef", Danny Murphy said.

Robbie Fowler is feeling competitive and will hope to replicate the clinical finishing that made him such a dangerous striker in his heyday. "“Make no mistake, all the English lads want to win this game and get another one over on the Soccer Aid World XI but this match is about a lot more. This year, I was delighted to hear that the government will match every pound that the public donate", the former Liverpool striker said.

popular
Brit on holiday beaten with a brick by gang before being thrown in the sea unconscious
Premier League player arrested on suspicion of rape facing two more allegations
Men with ‘very large penises’ wanted for new documentary
Dad who ran off with Ukrainian refugee says couple are doing 'brilliantly' - but he can't see his kids
Teens are turning up to watch Minions in suits - and why cinemas have been forced to ban them
Threesome sees 60-person brawl break out on cruise ship, says passenger
British schoolboy breaks internet after attending prom in sequined tuxedo ballgown
You may also like
Sport
Jamie Redknapp slams Kepa for behaviour during penalty shootout
Sport
Redknapp and Richards joke that Neville and Keane could take over at Man Utd
Sport
Jamie Redknapp says Man Utd dressing room is 'like a holiday camp'
Sport
Roy Keane and Jamie Redknapp in heated row over Tottenham
Sport
Jamie Redknapp backs under fire Harry Maguire after England red card
Next Page