Hands on with FIFA 21, where the 'fundamentals of football' come first

A raft of changes have been made ahead of the release of FIFA 21, including a new mode for the best FIFA players out there

The footballing world may have changed forever thanks to Covid-19, but it is business as usual for EA and FIFA.

And as is often the case, the video game has announced a boatload of shiny new features that will be available on the upcoming new game.

I was lucky enough to get a chance to play the game hands on before its release in October, and here are some of the cool new features and differences that I noticed.

Perhaps most interestingly of the lot, FIFA 21 has introduced a new competitor mode, which is essentially supposed to replicate the feeling of playing against a professional FIFA player, your David Meylers and the likes.

It is the hardest mode the game has ever had, so if you really fancy yourself as a top gamer, or you're just looking to improve, this could be the one for you.

And yes, it is difficult. The opposition players perform skill moves and passes that your average player would never even dream of making, but it is a good test to see how good you really are. I didn't win or even draw any of the games I played in competitor mode and I'd consider myself half decent at FIFA; if nothing else, it's a good way to bring you back down to earth.

After complaints about the actual gameplay in FIFA 20, EA has attempted to make some adjustments that make the overall gaming experience more enjoyable and less frustrating.

The "fundamentals of football", according to the game's developers, are crucial in this year's edition of the classic game.

QUIZ: Identify which of these 50 players played with Wayne Rooney

END_OF_DOCUMENT_TOKEN_TO_BE_REPLACED

An emphasis has been placed on player positioning, with EA looking at attacking players who are better in real life, and making them much more tactically aware in the game.

This means that they will make more creative runs, instead of just running in a straight line, and the better forwards will be caught offside less than players who are not rated as highly.

And though it is easy to get caught up playing with these shiny new toys and seeing them as more effective than they are, FIFA 21 did have a much smoother feel to it.

Players were doing things that made more sense. It's not perfect, but there is a clear improvement from FIFA 20.

There will also be an improvement when it comes to dribbling, with players feeling much lighter on their feet, and a greater importance being placed on agile dribbling, making it easier to go past a defender in a one on one situation.

Players will also create more intelligent passing lanes, meaning that, for example, if a player gets to the byline, another attacker in the box will check his run and make an angle, instead of just running alongside him. 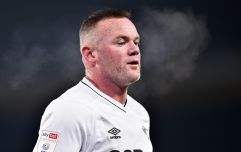 END_OF_DOCUMENT_TOKEN_TO_BE_REPLACED

This is a particularly nice addition, as it can be extremely annoying to see a player free in the box and instead of remaining free, he decides to get near to a defender and take himself out of the game completely.

The new passing lane feature may bring an end to this.

There will not be any VAR introduced into the game, despite an effort being made to make the game being more realistic, and despite the effects of Covid-19, stadiums in the game will be packed with fans.

A new player lock feature will also be introduced, which will allow players to pass the ball to a man on their team and allow the computer to take over as the recipient of the ball, enabling you to keep control of the man who passed the ball and make a run that the computer would not normally make.

Though this is difficult to master, it could prove to be extremely valuable in tight games where off the ball movement is often the key to success, especially when trying to break down a team defending deep.

Despite calls for greater representation of the women's game, there has been no update on whether an increased number of female teams or players will feature in FIFA 21 than has previously been the case. EA has promised, however, that there will be a greater emphasis on equality in games to come.

On a similar note, a number of changes have been made in an attempt to make the game less "toxic" than the one that came before. Long, drawn out celebrations will no longer take place in the game, as well as a number of celebrations being removed entirely (the iconic 'shhh' one the most notable).

FIFA 21 feels like it is going to be a much better game than FIFA 20, and though the changes being made may seem simple, they could make a major impact on the actual gameplay, which is definitely the most important thing.

popular
Deep fake meme lads sing sea shanty that will make you want to abandon your childhood sweetheart and circumnavigate the globe
The JOE Friday Pub Quiz: Week 226
Pimlico Plumbers boss announces 'no vaccine, no job' policy
How to make cacio e pepe like a real Roman
QUIZ: Identify which of these 50 players played with Wayne Rooney
The hardest Marvel Cinematic Universe quiz you will ever take
Police officer spat at while on duty tests positive for Covid-19
You may also like
News
Marcus Rashford thanks M&S for boosting School Meal Vouchers to £20
Sport
James McClean suspended by Stoke for alleged Covid breach
Sport
Sam Allardyce criticises 'nonsense' of government interfering in football
Sport
A documentary about Pelé is coming to Netflix next month
Sport
Spartak Moscow troll Celtic over controversial trip to Dubai
Next Page