How on earth is Jefferson Farfan still only 33 years old?

Football fans were sent on a trip down memory lane on Saturday afternoon, when Peru's line was led by a Pro Evolution Soccer legend for their World Cup group opener against Denmark. 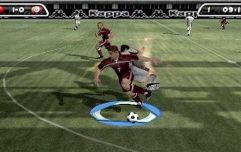 Red Card Soccer: The most brutal football game ever made

END_OF_DOCUMENT_TOKEN_TO_BE_REPLACED

The second game in Group C saw Jefferson Farfan start up front for Peru, resulting in supporters casting their minds back to 2005 and 2006, when the forward was a must have for players of the game's Master League.

Farfan, then at PSV Eindhoven, was a nightmare for Pro Evo's defenders with his pace and he was always guaranteed to either set up or score a goal after running at lumbering full-backs.

The world was Farfan's oyster back then and his dribbling ability made him very popular indeed.

The Peruvian forward has since gone on to attain cult hero status at Schalke before moves to Al Jazira and Lokomotiv Moscow, where he currently plays his football.

Farfan played 85 minutes of Peru's World Cup clash with Denmark this weekend and while he looked a threat at stages, he failed to affect the result as La Blanquirroja fell to a 1-0 defeat to the Danes.

Peru missed a penalty on the stroke of half-time as Christian Cueva blasted his spot-kick over the bar after a VAR review caused the referee to change his mind.

Let Farfan take the next penalty, that's what we say!

Jefferson Farfan still plays football? I remember him on PES back during primary school.

Jefferson Farfan still playing fills me with joy. He’s only 33 too. Used to buy him on the master league in PES on the ps2. Could always score a shedload with him

Had no idea Jefferson Farfan was still kicking about. Was class on the old Pro Evo’s #proevo5 #farfan

Jefferson farfan used to be a speedster on pro evo