We may have seen a glimpse into the future of football refereeing in the American third tier in the wee hours of Sunday morning.

The clash between New York Red Bulls II and Orlando City B did not have a lot of eyes on it, but it probably should have. 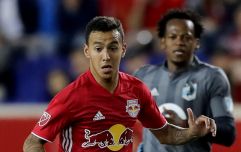 END_OF_DOCUMENT_TOKEN_TO_BE_REPLACED

Referee Ismail Elfath and video assistant Allen Chapman made it a landmark occasion by utlising the video review system to make two important decisions, making it the first professional match in which the technology was used.

Elfath first used the technology 10 minutes before the break when Junior Bennings was brought down by Orlando defender Conor Donovan while he was through on goal.

After going to the VAR, the ref confirmed his original decision that the foul had taken place outside the box and therefore wasn't a penalty, and that Donovan's challenge was worthy of a red card for denying a goalscoring opportunity.

As if for the sake of symmetry, he used it again 10 minutes before full time to decide the fate of Orlando's Kyle McFadden after he fouled Florian Valot. McFadden was already on a yellow and after watching the replay multiple times, Chapman decided, and Elfath agreed, that the foul deserved a second booking. 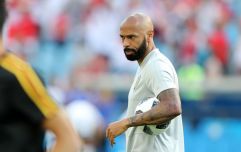 END_OF_DOCUMENT_TOKEN_TO_BE_REPLACED

While it's not exactly new technology - we've seen how intrinsic the TMO has become to the refereeing in rugby - it is new to the beautiful game. The United Soccer League were given permission from the International Football Association Board to trial their Video Assistant Referee (VAR) system.

The success of the system at the weekend may have some serious implications on the future of refereeing in the game as the organisation has plans to roll it out across all the major leagues in the world by 2018.