Eken'g Rule is a must to save players' lives, agent tells JOE

The football world was in mourning over the weekend as Dinamo Bucharest midfielder Patrick Ekeng died after collapsing during a Romanian Liga I game.

Cameroon international Ekeng, who had scored his first goal for the club just weeks earlier, suffered a suspected heart attack during the match against Viitorul Constanta.

An inquiry made reference to faulty equipment used by the ambulance company which transported him to hospital, with the company receiving a fine of less than £5,000.

It has been alleged that the lack of a working defibrillator at Dinamo's ground led to delays in treating the 26-year-old, leading to calls for improved medical facilities at football grounds around the world.

Ekeng's agent, Hasan Anil Eken, has launched a campaign to introduce the Eken'g Rule (combining his name and that of his client), which would require clubs to have mini-hospitals on-site to treat players as quickly as possible. Eken spoke to JOE to explain how this small but important change could help save lives and benefit the football community.

"In today's football [environment], there are big investments, big salaries. To make mini hospitals won't be a problem," he explains,


"Top division clubs can afford this, even they can get sponsorships from hospitals. Lower divisions and amateurs can have the support of their Football Federations or FIFA. 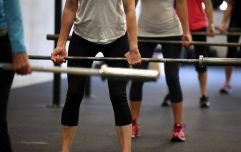 END_OF_DOCUMENT_TOKEN_TO_BE_REPLACED

"If FIFA and Football Federations are not going to support something very essential, why do we have them?"

Eken did not make any money from his work with Ekeng, but he explains he is backing the rule purely to rid the game of "unacceptable" situations like that which played out in Romania on May 6.

The mini-hospitals he proposes would be within short reach of the pitch, with measures in place to deal with some of the most common life-threatening injuries suffered by footballers: heart attacks, serious head injuries and players swallowing their tongues.

Fines are not enough of a deterrent, he argues, suggesting that FIFA needs to make the measures mandatory across the board and prevent clubs from competing if they fail to comply.

It might not happen overnight, but Eken argues that "FIFA did accept  the Bosman Rule in the past, and now this very important for football players [so] why not the Eken'g Rule?"


Ekeng, who had an undiagnosed heart condition, is one of more than 20 players to die of heart failure or cardiac arrest this decade. 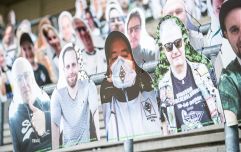 How Germany plans to bring the Bundesliga back in May

END_OF_DOCUMENT_TOKEN_TO_BE_REPLACED

It is now nearly 13 years since his compatriot Marc-Vivien Foé collapsed and died while playing for Cameroon in the Confederations Cup, while former England Under-21 midfielder Fabrice Muamba was left fighting for his life in 2012 after suffering a cardiac arrest during an FA Cup game between Bolton Wanderers and Tottenham Hotspur.

Muamba survived, with many believing this was due to an English FA rule requiring ambulances and qualified medics to be present at all matches under the FA and Premier League's jurisdiction, introduced following serious injuries suffered by Chelsea players Petr Čech and Carlo Cudicini during the 2006/07 season.

The Eken'g rule would go one step further, with qualified cardiologists present along with the on-site mini-hospitals preferred by Eken.

"Football is an entertainment, and growing industry," he says.

"Everything is about the entertainment, about the show. To have mini hospitals will give better quality to this show. Imagine an injured player going to a mini-hospital to have a quick treatment for a knee injury, and then coming back to the game. Clean, hygienic and more professional.

"Clubs must have ambulances around stadium, but mini hospitals are a must! Every second is important in serious cases like Patrick had."


popular
Can you guess which countries these beers are from?
QUIZ: Can you guess the 90s children’s TV show from the character or presenter?
Real Madrid post 45-word farewell to four-time Champions League winner Gareth Bale
You simply won't get full marks in our international football crest quiz
Jurgen Klopp scolds Liverpool players for cheering Chelsea red card
'Time traveller from 2030' passes lie detector test over future predictions
The Mountain explains how he's been dieting to lose 36kg for Eddie Hall fight