"I apologise but, you know me guys, I don't quit."

As the boos subsided, in Chicago, Donald Cerrone and Tony Ferguson both apologised to fans for the manner in which their 'Fight of the Night' was stopped.

Both men threw everything into their lightweight fight, at UFC 238, as they sought to gain a shot at the title and extend their impressive win streaks. Both took some heavy damage but Cerrone's broken nose ended up costing him the fight. 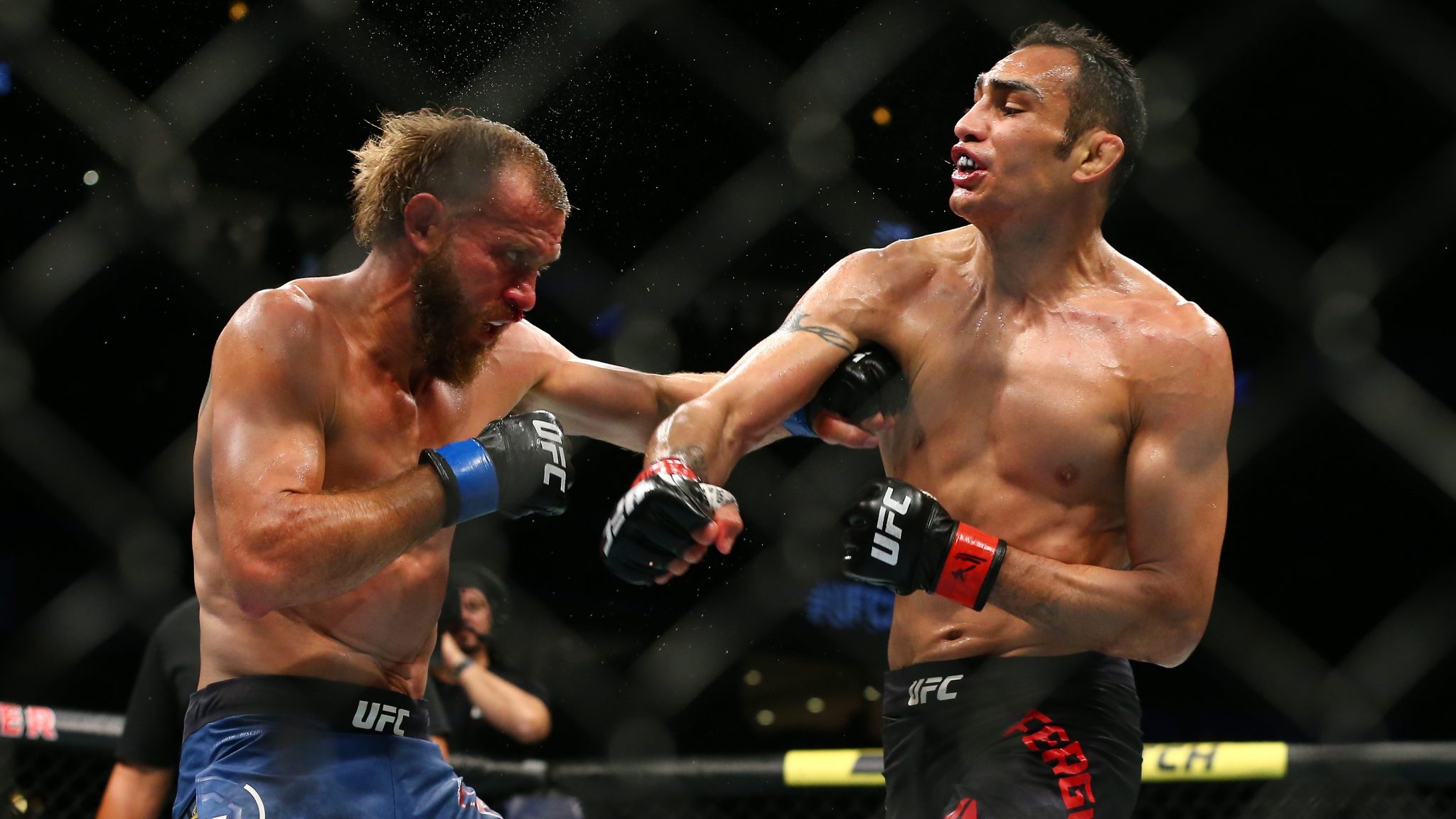 Ferguson was up 2-0 on most scorecards, after two rounds, but the fight was prevented from going to the third and final round, just as it was coming to the boil.

Ferguson had broken 'Cowboy's' nose earlier in the fight and it was causing him issues as he tried to keep his foot on the pedal and get air into his lungs. Cerrone felt he needed to clear the congealing blood from his nose so raised a glove and gave a blow.

The problem was that, by clearing the blockage, it caused his right eye, which had also taken a blow, to badly swell up. 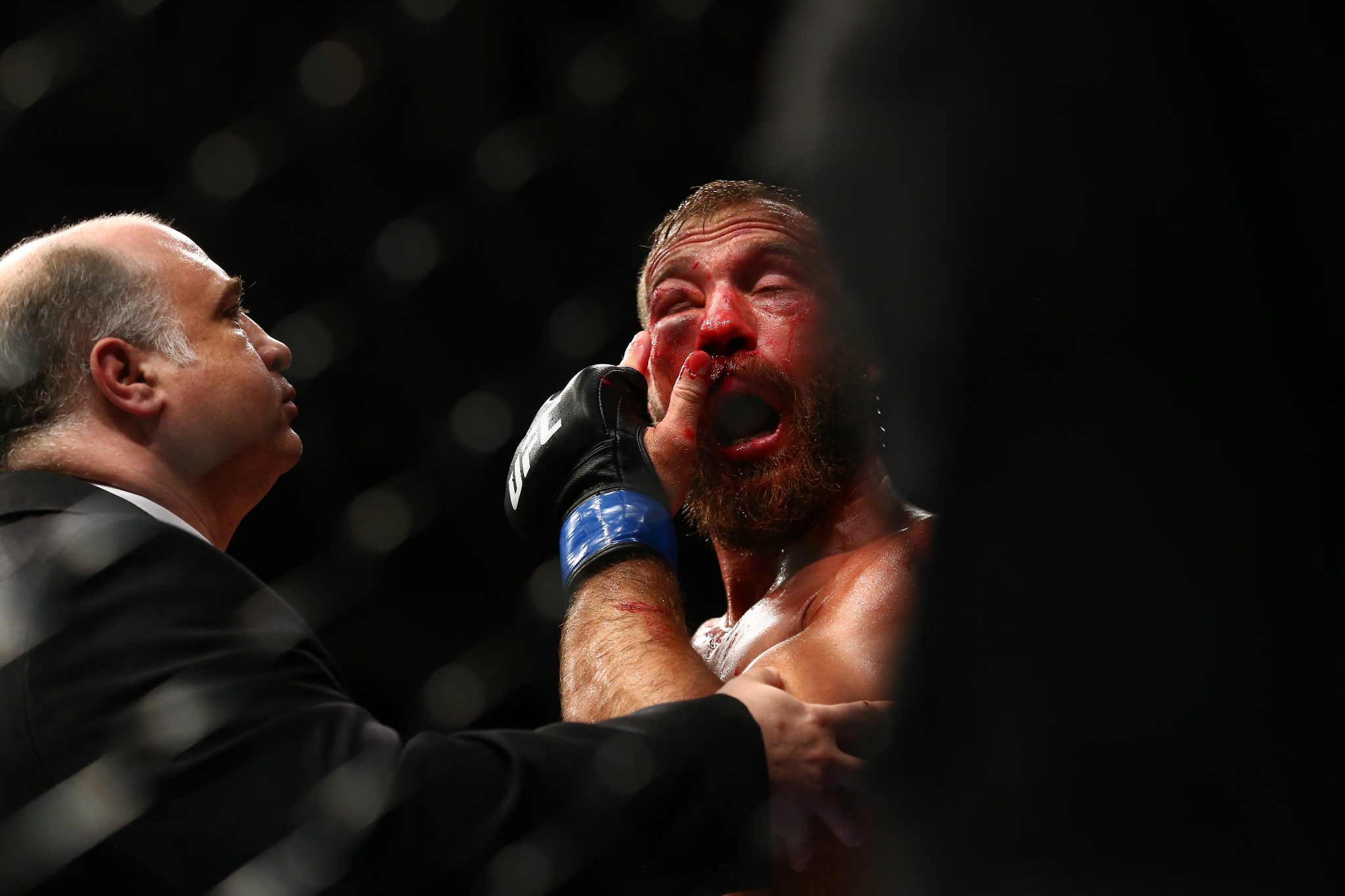 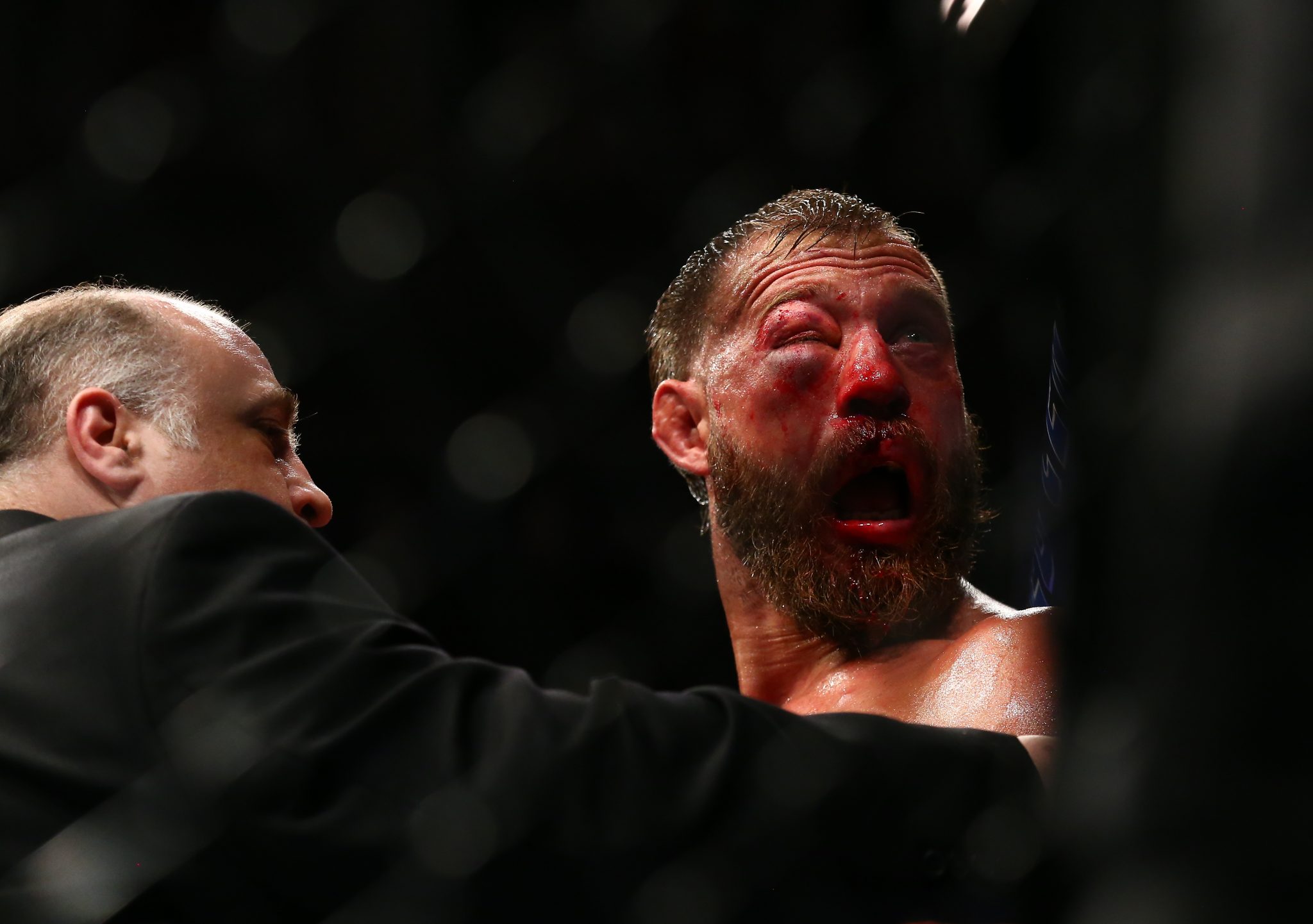 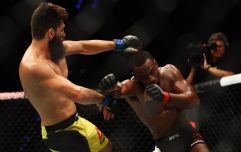 END_OF_DOCUMENT_TOKEN_TO_BE_REPLACED

Cerrone was now unable to see out of one eye and, despite his attempts to rub the eye, a doctor was called into The Octagon to assess the damage.

The doctor ruled that Cerrone was unable to carry on and Ferguson was declared the winner, by TKO. The result extends the 'El Cucuy' win streak to 12 and he remarked, after the fight, that he was looking to make it an 'Improper 13' on his next time out (a reference to Conor McGregor's whiskey).

Both men spoke well after the fight and the fans eventually gave them the reception their full-on scrap deserved.

Ferguson says he is happy to run that fight back but he also called out Conor McGregor and declared he wanted the winner of the undisputed lightweight title fight between Khabib Nurmagomedov and Dustin Poirier.

After losing the first round to bantamweight title challenger Marlon Moraes, Cejudo bounced back to level it in the second and finished off his opponent with some vicious elbows and punches in the third.


popular
QUIZ: Guess the footballer from their Wikipedia page #7
The JOE Friday Pub Quiz: Week 184
PlayStation and Xbox users will now be able to play against each other online
A definitive ranking of every swear word from worst to best
Here's how to recover all your deleted Facebook photos and messages
Freddy from School of Rock has grown up to be an actual rock star
This is how much time most men need after orgasm before they're ready for another round

You may also like
Entertainment
UFC fighter reviews fight scenes from Hollywood films
Sport
Darren Till speaks to JOE at UFC 244 open workout
Sport
Dan Hardy talks Khabib, Poirier and his own return to the Octagon
MMA
Michael Bisping interview: The best British fighter to have ever lived
Sport
Khabib Nurmagomedov shows impressive Liverpool knowledge in UK interview
Next Page