'Should I push forward? Should I give it a go one more time? Or should I just retire and focus on the other things that I already have'

Deontay Wilder has revealed that he could retire from boxing just two months after his defeat to Tyson Fury.

END_OF_DOCUMENT_TOKEN_TO_BE_REPLACED

Wilder - who lost his unbeaten record to the 'Gypsy King' in their second fight - was knocked down in the 11th round with a fatal blow from Fury.

The 36-year-old recently spoke on his fiancées podcast insisting that the 'best is yet to come' and indicating that the 'Bronze Bomber' wouldn't be considering retirement.

However, the former heavyweight champion has dropped a fresh hint that he may step back from the sport and end his long and successful career in order to pursue new ventures.

Speaking on Kevin Hart's show, 'Cold as Balls', he said: "It's mixed feelings because ultimately I have accomplished all my goals in this sport. 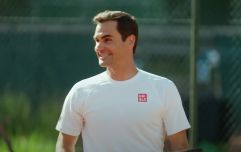 END_OF_DOCUMENT_TOKEN_TO_BE_REPLACED

"I told my daughter when she was one that I'd be a champion and I'd be able to support her beyond her belief.

"I've done that. There's a lot of things that I've accomplished that I don't feel I have to prove to anyone because I've already proven (myself).

If the American does decide to return to the ring, he may choose to opt for a tune-up fight which would see him take on an opponent he is largely expected to beat.

Should he choose that option, he may potentially face the loser of the Oleksandr Usyk, Anthony Joshua rematch which is set to take place in either March or April of next year.