So far, the 2018 World Cup has let none of us down in terms of entertainment

The group stages were now done with, we've already had spoilt for drama in the first few knockout games. On Saturday, we saw a game that will live long in the memory between Argentina and France, followed by two easy on the eye goals from Edinson Cavani to help Uruguay knock out Portugal. 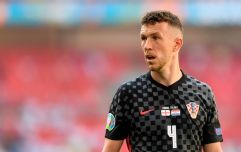 END_OF_DOCUMENT_TOKEN_TO_BE_REPLACED

Sunday's first game between Spain and Russia wasn't quite as watchable, but the fact the hosts produced an upset to knock Spain out on penalties went some way to making up for this.

And so to the final game of the weekend: Denmark's game with Croatia, where we didn't have to wait long at all for the first goal(s).

Inside the space of five minutes, we'd seen two equally farcical goals, one for each side.

The first came within a minute. Croatia failed to deal with a long throw and the ball was eventually bundled in by Mathias Jorensen - Danijel Subašić in goal somehow not able to prevent it beating him.

GOAL! Knudsen's long throw into the box wreaks havoc. The ball finds its way through to Jorgensen at the back post whose stab at goal squirms under Subasic pic.twitter.com/eRS8KubzJz 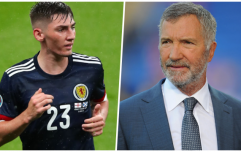 END_OF_DOCUMENT_TOKEN_TO_BE_REPLACED

Then, little over two minutes later, an equaliser.

Šime Vrsaljko's low cross only found a Danish boot, but the attempted clearance was directed straight into the face of Chelsea's Andreas Christensen. The ball fell perfectly for Mario Mandžukić, who was able to turn home.

GOAL! Vrsaljko plays an untidy ball across the box which looks to be cleared. Instead, it hits Christensen in the face, falls to Mandzukic 6-yards out who taps in pic.twitter.com/FDIKG88cKx

What a start, eh?

popular
Bette Midler wants the US to ban Viagra because it’s ‘God’s will’ to have a ‘limp d**k’
Travis Barker’s daughter shares picture of Blink-182 star in hospital bed - tells fans to ‘send your prayers’
Fans shocked after Machine Gun Kelly smashes glass on his face during performance
British teen says she was raped in Majorca hotel by 'famous actor and musician'
July heatwave: When to expect hot weather and how long it will last
Police hunt for two 'laughing' men who kissed three-year-old girl in front of distressed mum
Father takes his own life after 18-month-old found dead in hot car
You may also like
Sport
Brits expected to drink 10 million pints during England vs Croatia
Sport
Gareth Southgate to start Kieran Trippier at left-back with Jack Grealish on bench against Croatia
Sport
England make final appeal to fans not to boo players taking the knee
Sport
Luka Modric hits out at 'arrogant' English media ahead of Croatia match
Football
Plane flies over England training ground with banner warning about most Croatia goals coming down the left
Next Page