He stepped up and sealed the win for Tottenham

A popular narrative in the world of football right now is that Dele Alli has not had a good season. 'He must do more', 'he's a passenger', 'I'm not convinced he's any good', people say - probably. He has now scored 12 goals in all competitions. Not bad for a midfielder. 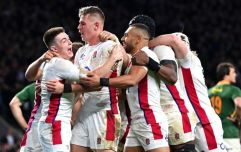 END_OF_DOCUMENT_TOKEN_TO_BE_REPLACED

This narrative was boosted when, during the recent international break, Dele Alli only played twenty minutes for England, in the first of two friendlies against the Netherlands. He was dealing with a 'groin problem' and thus did not play against Italy. In his place, Jesse Lingard stepped in and stepped up. The Manchester United man scored the only goal of the game in Amsterdam and slotted into the back-three system seamlessly, floating between midfield and attack.

Lingard's impressive performance sparked a wave of pro-Lingard tweets, as you would expect, but also plenty of anti-Alli rhetoric, such is football's inherent nature to compare everything. The opinion writers, fans, and even I began to wonder whether the 21-year-old was necessary in England's starting XI.

This afternoon, he made our minds up for us.  With the game delicately poised at 1-1 after Christian Eriksen's thunderbolt of the stroke of half-time, Alli got Spurs' second half off to a flying start with two goals in the space of four minutes. Both goals highlighted his best traits. The first showed his off the ball ability to find space and make the right runs - something that will be important for England when trying to break down teams who defend deep. The second goal, an instinctive drag back and clinical finish displayed his innate talent of putting the ball in the net.

That would also be useful for England.

His performance today reminded us that even when he doesn't seem to be doing a lot, he is capable of popping up with important goals, in big games.

He’s having a bad season they said, drop him from the England team they said! Dele’s response... ⚽⚽👀😂🙌🏽 pic.twitter.com/iXMYBqKqxM

Not that you had anything to prove today @dele_official ! But that might shut a few people up 🔥

2 - Dele Alli has scored his first brace in the Premier League since January 2017, which also came against Chelsea (2-0 at White Hart Lane). Catalyst. pic.twitter.com/5JAK7fi1I4

Well if @GarethSouthgate was looking for a response after leaving @dele_official out of the @England games, then that’s some response! #Dele #CHETOT

Exactly what Gareth, England, and Spurs needed. You can tell a lot about a player by their reaction to knocks...very impressive @dele_official 👏👏👏👏

DELE ALLI AGAIN!!!!!!! WHERE ARE THE HATERS NOW