He won every header and tackle he contested while his pass completion rate against the champions was a healthy 84%. He kept Willian quiet and showed some fine reading of the game to cut out a couple of potentially dangerous balls.

Having been compared to John Terry, by Jamie Carragher no less, Rice is proving to be more than able for the top level of English football.

Carragher is not the only one. Former Liverpool teammate Jamie Redknapp declared:

"This kid is the next John Terry. At 19 he plays with maturity, is unbelievably brave and comfortable on the ball."

Terry would make most Premier League XIs of the past 20 years so the comparison for the 19-year-old defender is huge. 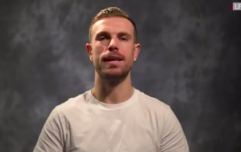 END_OF_DOCUMENT_TOKEN_TO_BE_REPLACED

Considering that Rice also proved adept in midfield on his senior Republic of Ireland debut - claiming the man-of-the-match accolade - he would appear to have a bright future in the game, for club and country.

The Londoner could well have ended up on the opposite side of the Stamford Bridge pitch, on Sunday. He started off with the Chelsea youth team but was let go five years ago, at the age of 14.

West Ham swooped in and the teenager rewarded them for making the call. Following the 1-1 draw, Rice took to Twitter to celebrate his team's performance, and that of Hart.

He couldn't but mention his history with Chelsea too. Getting released at such a young age could have proved very damaging but Rice took to the new challenge and excelled.

Released by Chelsea at 14.. 5 years later start against them & put in a fantastic team performance❤⚒ fans were different class too. joe hart👏👏! We keep pushing until the end #COYI pic.twitter.com/UYr8CQBL4r

That point took the Hammers six points from the relegation zone.