Can you really blame him?

With Premier League promotion secured, Dean Henderson wants to enjoy the fruits of his labour with Sheffield United. 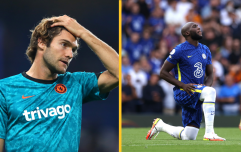 END_OF_DOCUMENT_TOKEN_TO_BE_REPLACED

Sheffield United's promotion was guaranteed on Sunday, when Leeds United could only draw at home to Aston Villa, meaning that the Blades would finish in second place of the Championship at the very least.

There have been several stand-out performers for Chris Wilder's side throughout the campaign, with goalkeeper Dean Henderson earning plenty of plaudits for his heroics between the sticks.

Henderson, who joined Sheffield United on loan last summer, is due to return to parent club Manchester United at the end of this season but the stopper is clearly eager to stay put.

"It made me really emotional to get this club back to where they belong. It's a massive football club and driving forward they deserve to be in the Premier League," Henderson told BBC Radio Sheffield, via Manchester Evening News.

"For me personally, I was really emotional and I've just told the gaffer then 'don't let me leave'. Obviously it comes down to the two clubs to agree on money and stuff so I'll be itching at the bit to come back here next season."

END_OF_DOCUMENT_TOKEN_TO_BE_REPLACED

It remains possible for the Blades to finish top of the Championship, if they win at Stoke City and Norwich lose at Villa on the final day.

And while Henderson, who joined the Manchester United academy at the age of 14, is hopeful of one day sporting the No. 1 jersey for the Red Devils, his immediate goal is to repay the faith shown in him by Sheffield United.

"It's obviously a massive achievement for myself but couldn't have done it without my teammates. I've come up with some massive saves," Henderson continued. 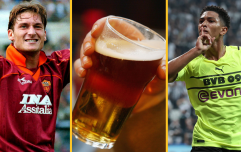 END_OF_DOCUMENT_TOKEN_TO_BE_REPLACED

"You've got to have character, I think I've shown that from the moment I walked in the door. Personally, I only had one ambition to get this club back to the Premier League.

"I want to be here, I want to play Premier League football at Bramall Lane. Obviously it's down to the two clubs to sort things out.

"I've always said I'm a Man United fan and eventually I want to be Manchester United's number one and England's number one.

"But at the end of the day the love this club's shown to me. It's all about being loved. You want to feel welcomed and to be quite honest I've never felt so welcomed in my life.

"I've built up a good rapport with the fans and that's all part of it. I'm really enjoying my time here and anywhere I go in Sheffield all of them giving me hugs, pictures, anything. I honestly feel like a star here and that makes me feel great.

"I've got to keep going, keep working hard and see what happens in the future."

popular
Cops ignored call-outs to have sex in their police car while on duty
Marcos Alonso didn’t consult black teammates before deciding not to take the knee
UK company adopts four-day work week so employees can focus on themselves
Mum takes over school board meeting with bizarre anal sex rant
Jeremy Clarkson 'worried' about Kaleb Cooper's future
Emmy Awards hit with criticism after all major acting awards go to white actors
'My parents secretly did a DNA test on my baby because they didn't trust my wife'
You may also like
Sport
Jesse Lingard should have celebrated against West Ham, says Michael Owen
Sport
Saudi Arabian PIF reportedly interested in purchasing Inter Milan rather than Newcastle
Sport
FIFA invite the FA and SFA to discuss biennial World Cup proposal
Sport
David Beckham's son Romeo makes debut for Inter Miami’s reserve team
Sport
Paul Pogba dragged down the tunnel after mocking West Ham fans
Next Page