"That could be an amazing environment."

That was Damien Duff's take, back in November, on the chance of going over to Scotland to get involved with Celtic.

END_OF_DOCUMENT_TOKEN_TO_BE_REPLACED

The former Chelsea and Ireland midfielder is set to take up a role as assistant manager with the Celtic Reserves, under Tommy McIntyre, in early 2019.

Duff has spent the last two seasons as U15s head coach at Shamrock Rovers but was over in Glasgow last month for talks with the club. Former Hoops star Shaun Maloney departed from McIntyre's coaching set-up in September and Duff, who had come across Brendan Rodgers at Chelsea, was encouraged to interview for the role by the Celtic boss. 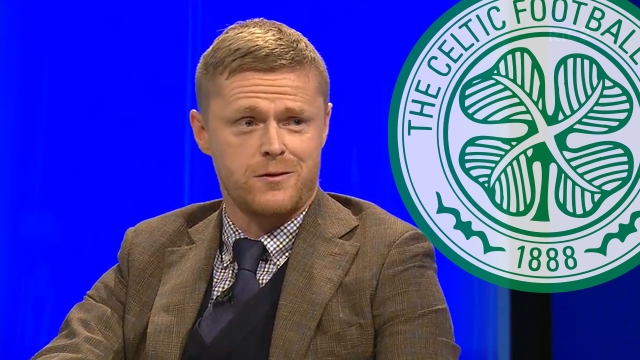 Asked about the trip over to Scotland on RTE, Duff commented:

END_OF_DOCUMENT_TOKEN_TO_BE_REPLACED

"It was so impressive. For me and most Irish men, they are one of the biggest clubs in the world. There is a role going there with the reserves. We’re still talking to them.

"What route am I going to go down after finishing football? That’s all I know. I don’t have a school education, so I can’t go down that route.

Those comments certainly made it seem as if Duff would be heading off to Scotland and the news is set to be officially confirmed in the coming days.

John Fallon, reporting for the Irish Independent, claims the deal is done and that Duff 'was preferred over four other candidates and was at Parkhead on Thursday to watch Celtic's Europa League tie against Red Bull Salzburg'.

popular
Brit on holiday beaten with a brick by gang before being thrown in the sea unconscious
Fears surging covid cases could ruin summer holidays with return of tests and rules
Dad who ran off with Ukrainian refugee says couple are doing 'brilliantly' - but he can't see his kids
Men with ‘very large penises’ wanted for new documentary
Teens are turning up to watch Minions in suits - and why cinemas have been forced to ban them
British schoolboy breaks internet after attending prom in sequined tuxedo ballgown
Premier League player arrested on suspicion of rape facing two more allegations
You may also like
Sport
Ryanair troll Spurs with Arsenal chant after Antonio Conte spotted on flight
Sport
You're Cristiano Ronaldo - choose your next club
Sport
Richarlison banned from first Premier League match after flare incident
Sport
Women's Euros 2022: Everything you need to know
Sport
Albert Riera forced out of first Olimpija Ljubljana press conference by club ultras
Next Page