Duff spent two years under Mourinho at Chelsea before being sold to Newcastle United. He was one of six members of the Blues' first-team squad to be offloaded during the 2006/07 season.

Speaking at the launch of Irish TV station RTÉ’s coverage of Euro 2016, Duff anticipates Mourinho strengthening United's siege mentality but only after selling off  a lot of the dead weight.

"He’ll do that, yeah (siege mentality), but before he does that I guess there’ll be five, six, seven or eight out, and he’ll have to replace them with the same amount of players, which is going to cost an awful lot of money.

"It’s one big band of brothers, us against the world – that’s what he builds. He’s based all his teams on that... I don’t really know what happened at the end at Chelsea last season, but obviously the season before that mentality was there." 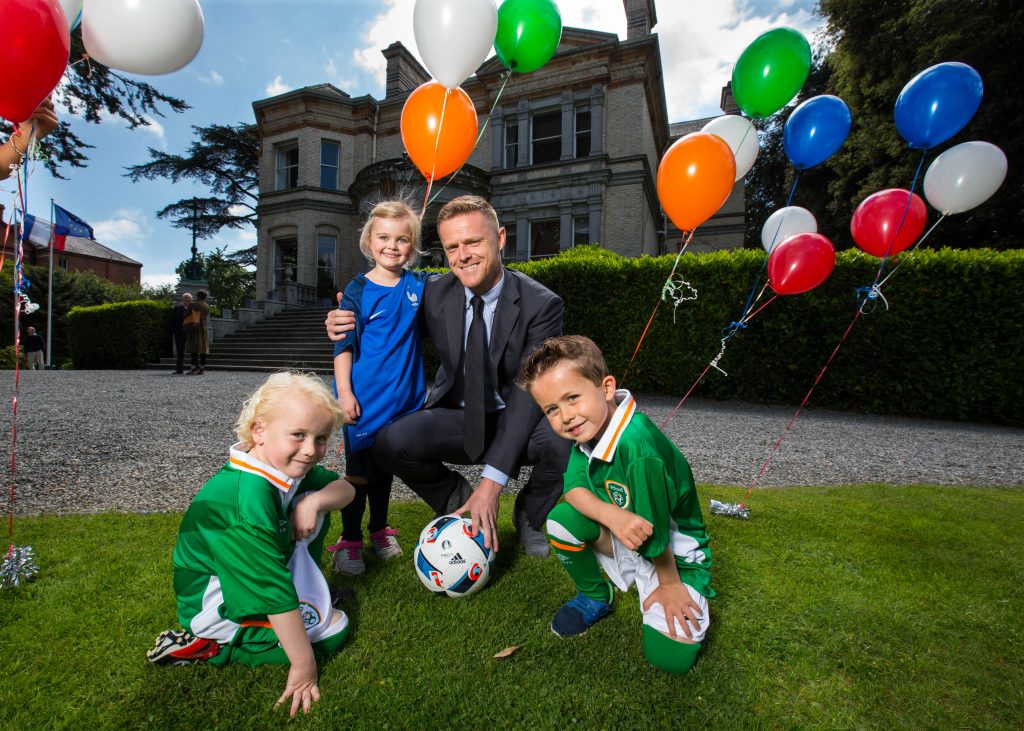 As a boyhood fan of the Red Devils, Duff has the utmost faith in Mourinho at the helm of Manchester United, saying "he’s the only man for the job."

"I think he was the only man for the job three years ago, before Moyes went and then Van Gaal after."

"They can’t really afford to get it wrong again. I was a Man U fan growing up so they’re one of the biggest clubs in the world for me, but obviously they are a long, long way from it on the pitch."

Duff added that it was important for United to land someone of Mourinho's stature, especially after seeing who some of their rivals had hired in recent times.

"He’s the only man, especially with the statement Man City have made with getting Pep Guardiola. You’ve got Klopp at Liverpool, Conte going down to Chelsea, so we’re talking about the best managers in the world here, so there was no one else you could give it to."

popular
Brit on holiday beaten with a brick by gang before being thrown in the sea unconscious
Dad who ran off with Ukrainian refugee says couple are doing 'brilliantly' - but he can't see his kids
The longest walkable distance on Earth which no one is known to have completed
Blood-Smeared toddler now orphan after Highland Park shooting
British schoolboy breaks internet after attending prom in sequined tuxedo ballgown
Men with ‘very large penises’ wanted for new documentary
Premier League player arrested on suspicion of rape facing two more allegations
You may also like
Sport
Cristiano Ronaldo could be headed to Chelsea in sensational Premier League switch up
Sport
Ralf Rangnick suggested selling Cristiano Ronaldo in January, but club hierarchy blocked it
Sport
Cristiano Ronaldo will not return to Manchester United training on Monday
Sport
Cristiano Ronaldo wants to leave Man United and the club shouldn't stand in his way
Sport
Cristiano Ronaldo to Wrexham is on as Rob McElhenney expresses interest
Next Page