He was once dubbed 'the new Michael Owen'

END_OF_DOCUMENT_TOKEN_TO_BE_REPLACED

Previously one of the hottest young prospects in European football, Jennings was once dubbed 'the new Michael Owen' by sections of the media.

Jennings spent six years in the Liverpool academy before signing for fellow Merseyside outfit Tranmere Rovers. After two years in the youth setup at Prenton Park, he made his first-team debut in 2010 aged 18.

Jennings enjoyed a blistering start to life with Tranmere where his pace and poaching instincts drew inevitable comparisons with England ace Owen. 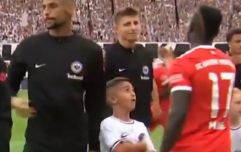 END_OF_DOCUMENT_TOKEN_TO_BE_REPLACED

He scored six goals in 29 appearances and saw his status skyrocket.

Linked with many of the Premier League's big boys, Jennings was instead snapped up by German giants Bayern Munich. 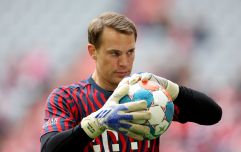 END_OF_DOCUMENT_TOKEN_TO_BE_REPLACED

His adaption to life in Germany was severely hampered by injury, and he was restricted to just a few outings for Bayern II.

Feeling frustrated at not having made an appearance for the first team alongside the likes of Arjen Robben and Franck Ribery, Jennings headed back home to England where he signed for Barnsley.

After getting sent off on his debut for the Championship side, Jennings scored four goals in 47 appearances. He left the club in 2015 and signed for MK Dons. Jennings only made two appearances for the Dons before leaving via mutual consent.

Since departing Stadium:MK, Jennings has attempted to resurrect his career by playing non-league football. He enjoyed a successful spell with Runcorn Town but has now signed for Prestatyn Town.

A member of the Welsh Premier League for years, Prestatyn currently play in Cymru North, the regional second-tier of Welsh football.

popular
Time traveller’ claims to know exact date Queen will die
Incredible case of the only known individual whose parents were two different species
Jealous man glued wife's vagina shut as he caught her cheating with four men
TikTokers are utterly convinced there is a secret zombie apocalypse going on in China right now
Praying man who said 'see you in heaven' tries to open door mid-flight
Knifeman spotted fleeing scene after OAP busker is killed
People want ‘offensive’ Crown Paints advert banned after attracting hundreds of complaints
You may also like
Sport
Bayern Munich boss takes aim at Barcelona's transfer policy after Lewandowski transfer
Sport
Robert Lewandowski says emotional goodbye to Bayern ahead of Barça move
Sport
Bayern Munich not convinced Barcelona will exist in two years, refuse instalments for Robert Lewandowski
Sport
Hertha BSC youngster accuses Bayern Munich of trying to 'poach' him when he was an U13
Sport
Robert Lewandowski could go on strike to force Barcelona move
Next Page