The Premier League and all sporting organisations find themselves in uncharted territory at this moment in time. With the outbreak of COVID-19 hitting in earnest in March, it has brought professional sports leagues all over the world to a screeching halt.

In England, in particular, this has created something of a conundrum for the Premier League, where Liverpool sit with an almost impossible to catch lead of 25 points over their nearest challengers, Manchester City.


While many feel that we should wait until this period passes - however long that may be - before we even consider resolving the season, others have suggested using the example of Chile's premier division, which faced a similar if not identical scenario at the end of 2019. 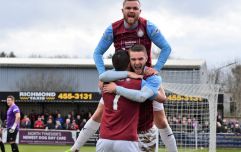 END_OF_DOCUMENT_TOKEN_TO_BE_REPLACED

With just six matches left during the league season, social unrest broke out in the country, leading to riots and clashes with the police on the street. The authorities in the country immediately decided to end the football season and, after a vote, handed the title to the runaway Universidad Catolica.

We spoke to Chilean football journalist Adam Brandon about what led to that situation in Chile, the reaction of football fans, and how it could be applied to the Premier League.