Sutton claims that his former club has completely fabricated suggestions that Dembele has one eye on the exit door, having been linked with several clubs in the January transfer window.

END_OF_DOCUMENT_TOKEN_TO_BE_REPLACED

At the start of the week, Celtic's assistant manager Chris Davies claimed that the club is coming to terms with Dembele's rumoured desire to leave Celtic Park.

"There is also an acceptance that maybe Moussa feels it is the right time for him to move on," Davies told The Scottish Sun.

"And when a player feels that way, then, there is not an awful lot of point in stopping them – unless you really have to. So that’s kind of how it’s evolved."

END_OF_DOCUMENT_TOKEN_TO_BE_REPLACED

The 21-year-old, who joined Brendan Rodgers' side in 2016, has been linked with moves to Brighton, Everton and Crystal Palace this January but Sutton is not buying reports that the Frenchman is pushing to be let go.

Ahead of the Bhoys' 2-1 victory at Partick Thistle on Tuesday night, Sutton questioned the intentions of Celtic and Rodgers as he insisted that, to his knowledge, Dembele remains quite happy to continue plying his trade with the Scottish Premiership leaders.

"When have we ever heard Moussa Dembele say 'I want to leave Celtic'? My understanding is that Moussa Dembele is very happy at Celtic and wants to remain there for the rest of the season," Sutton said on BT Sport.

He’s had speculation since he’s been 16 so speculation won’t bother him! He’s never asked to leave so for people to suggest he wants out is very unfair on him and doesn’t reflect fairly on him! I’m told he is and always has been extremely happy at Celtic 👍 https://t.co/puPUvM6cN3 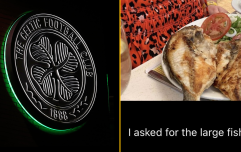 END_OF_DOCUMENT_TOKEN_TO_BE_REPLACED

"Brendan Rodgers talks about his head being turned. In fairness since he's been 16 years old at PSG there's always been speculation about him he's one of the brightest young prospects in France.

"Since he's been at Celtic there's been great talk about him. He destroyed Manchester City in the Champions League. I really feel sorry for him and the treatment of him has been out of order.

"The other thing is - if this is your prize asset and you are talking about him in these terms and questioning his attitude then all you are doing is devaluing him, is it not?"