We live in an age of gross exaggeration. Everything is the best ever. Everyone a genius. And nowhere is hyperbole more evident than in the self-inflating bubble of football.

Yet while the world argues over who is the greatest of all-time, Cristiano Ronaldo or Lionel Messi, and young bucks like Memphis Depay and Martin Odegaard are praised to the heavens, one name is largely ignored: Carlos Tevez. 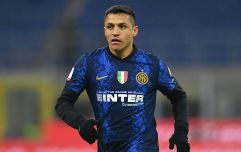 END_OF_DOCUMENT_TOKEN_TO_BE_REPLACED

He receives a level of praise of course, but it is in passing. There's fleeting mention or report of another goal, but he certainly doesn't receive the kind of fawning veneration reserved for far lesser talents. Carlitos is an anomaly.

Juventus fans adore him. They cannot laud him enough for his obscene effort and technical gifts. He has always been loved by supporters who watch him week in and week out. It is a passion that has also fuelled subsequent hate.

Teammates revere him. Gianluigi Buffon said of his tireless colleague this week: "Tevez? He's fantastic, from the start of the season he's helped us win games. He's dragging us to the title. We'll be forever grateful." Praise indeed.

Buffon's words are not mere flattery. The Argentine is in the form of his life. He has scored a remarkable 29 goals in 43 starts for Juve, including 7 goals in the Champions League. 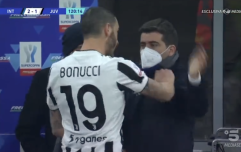 END_OF_DOCUMENT_TOKEN_TO_BE_REPLACED

But why don't his feats send Europe and the world into a tizzy? Why is so much more said in praise and excitement of, say, Paul Pogba or Paulo Dybala? Why do people talk more of Edinson Cavani than Carlos Tevez?

It is possibly because we cannot share in his success. We aren't stakeholders in his brilliance. Tevez is neither an undiscovered talent we can brag about and champion, nor is he a potential signing to be pencilled into imaginary line-ups.

The days of Kia Joorabchian hawking his prize asset around the boardrooms of Europe are gone. Tevez is the master of his own destiny now, and the world is aware that he will grace his beloved blue and gold following black and white.

Tevez is Boca-bound. Both in heart and in destiny. He is not a name for the gossip columns and therefore our interest is halved. He is not a personal discovery. He isn't the hipster's choice. He is one of the very best players in the world. Not that you would know.