'Messi, the second he steps on a field without that core, is average'

Football is a game of opinions. Some people (incorrectly) consider Cristiano Ronaldo to be the greatest player of all time, while others prefer Lionel Messi. Some people (incorrectly) think VAR is good, while others would rather retain the essence of the game and prioritise the experience of the fans in the stadium. It's all subjective, but sometimes, people will come out with such outlandish statements that they must be held accountable.

On Wednesday night, Candian pundit Sid Seixeiro did exactly that, as he embarked on an utterly bizarre rant against Messi, claiming that he is 'average' without the Spanish core that helped Barcelona conquer Europe under Pep Guardiola.

So far so good, but wait for the idiotic turn.

"Here's how you know what Messi's about. When they were winning the best things at Barcelona, it was Messi, Xavi, Iniesta, David Villa. That was a team.

"When they would break from 2008 on and go their separate ways for major tournaments, Xavi, Iniesta and David Villa, and all those Spanish guys from Barça, were winning tournaments. Euro 2008, World Cup 2010, Euro 2012."

Messi, of course, plays for Argentina, a South American country, and therefore did not compete in either European Championship mentioned.


Here's when it gets ridiculous. 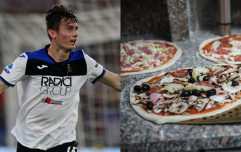 END_OF_DOCUMENT_TOKEN_TO_BE_REPLACED

Aside from his weird tendency to overstate the importance of Villa to Messi, as opposed to vice versa, let's just take a minute to digest the fact he's called Messi 'average'. That's the same Messi who has 56 goals and assists combined this season, long after Xavi and Iniesta's peak, and continually scores north of 50 goals per season while playing in a creative role. But anyway.

"The best players I've ever seen in my life can play with anybody.

Do we have to have the Michael Carrick debate again? He was very good and a key part of Manchester United's midfield for a long time. As was Fletcher. Moving on.

Really, should we be listening to anyone who disrespects O Fenômeno by calling him 'fat' Ronaldo? No.

Then, pointing to a picture of Messi, he says: "fraud," looking extremely proud of himself.

Want to cheer yourself up this morning by watching an idiot* talk about football? Messi isn't the greatest because he didn't win the Euros. 🤦‍♂️🤦‍♂️🤦‍♂️

"This GOAT discussion dies today," he claims. "Ronaldo is the greatest player I've ever seen in my life."

As is becoming an increasingly regular in the modern world, it is very difficult to parody something already so stupid. He does it himself.

The GOAT debate will go on forever, but if you're going to make a case for Ronaldo, this ain't it chief.


popular
QUIZ: Can you guess the Netflix show from just a single screen shot?
Everything the UK's fittest man eats to stay lean while building muscle
Ben & Jerry's calls out Priti Patel over UK's treatment of migrants
QUIZ: You can't get 10/10 in this extremely frustrating geography quiz
Fantasy Premier League champion stripped of title over allegedly offensive comments
UK is now in the deepest recession in history
This weight training trick builds 50% more muscle in just eight weeks

You may also like
Sport
Barcelona confirm one of their players has tested positive for coronavirus
Sport
Bruno Fernandes penalty the difference as Man United go through to Europa League semi-finals
Sport
Pictures of leaked Real Madrid third kit hint at throwback to 2014/15
Sport
QUIZ: Name every 2019/20 Premier League goalscorer from Scotland
Sport
Liverpool complete signing of left-back Kostas Tsimikas
Next Page