The tweet, which has since been deleted, read: "Good luck to the England Rugby team against Wales today".

BA sponsor England, but many on social media were quick to remind them that Wales is also in the UK.

Welsh Assembly member Alun Davies asked: "And you expect me to fly with you?"

And you expect me to fly with you? @British_Airways https://t.co/GAwCg0144t

Former Welsh Education minister Leighton Andrews said: "Wtf...", and was jubilant when the tweet was then deleted.


How it started. How it ended. pic.twitter.com/mYBQCtkybR 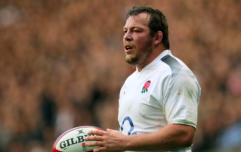 END_OF_DOCUMENT_TOKEN_TO_BE_REPLACED

Chris Bryant, Member of Parliament for the Rhondda, said: "What utter divots."

The tweet has subsequently been deleted, and the airline have apologised for posting it in the first instance.

A statement from British Airways read: "We are proud sponsors of England Rugby but on this occasion we unintentionally strayed offside, for which we are sorry."

England and Wales meet in the Autumn Nations Cup at 3pm today. The match will be streamed live on Amazon Prime Video.

Eddie Jones' England side are in fine form off the back of success in the 2020 Six Nations. 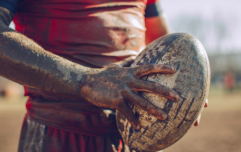 END_OF_DOCUMENT_TOKEN_TO_BE_REPLACED

England will be looking to extend their excellent run of form against an out-of-sorts Wales side. Wales have won just one of their last seven test matches, with that victory coming against lowly Georgia last weekend.

Wales head coach Wayne Pivac has named a somewhat experimental side for the clash against England.

Alun Wyn Jones captains the side, however there is no place for Ospreys wing George North.

popular
Make your own Bernie Sanders meme in any location with this website
Scientists call for lockdown restrictions to remain in place until May
Michael Bisping reacts to Conor McGregor's dazzling $1 million watch
"I've learned more in four years in Spain than in the rest of my career" - Toni Duggan interview
Teenagers offer free hand sanitiser to shoppers in Bradford, but it's super glue
People think Jennifer Lopez lip-synced at Joe Biden's inauguration
The Undertaker admits to having used steroids while a WWE superstar
You may also like
Sport
Andy Goode shares his Premiership Rugby play-off predictions
Sport
Owen Farrell handed five game ban after horror tackle against Wasps
Sport
Eddie Jones: What Pep Guardiola taught me about coaching
Sport
Maro Itoje on the one new player he'd love to see make the Lions squad
Sport
Maro Itoje on institutional racism and the Black Lives Matter movement
Next Page