After his performances for Monaco last season, it was no surprise to see that Benjamin Mendy was one of several high-profile summer departures from the Ligue 1 champions.

His destination, as was the case with Bernardo Silva, was Manchester City - the club Monaco dumped out of last season's Champions League at the last 16 stage. 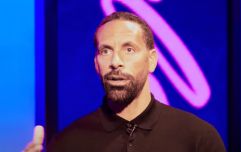 END_OF_DOCUMENT_TOKEN_TO_BE_REPLACED

A thigh injury meant the French international had to wait until the game at Bournemouth to make his debut for the club. By this stage, he'd already achieved cult hero status with many City supporters thanks to a string of amusing tweets and Instagram posts.

Having adapted well to life on the field with his new teammates, Mendy's tweets have continued to rack up plenty of retweets.

As well as poking fun at Kyle Walker following City's 5-0 win over Liverpool, he's also jokingly suggested that EA Sports, makers of Fifa 18, should reassess his 78 rating on the new game.

END_OF_DOCUMENT_TOKEN_TO_BE_REPLACED

With City currently joint top of the Premier League with neighbours United, Mendy has followed several of the team's victories with tweets describing them as 'shark team' - something that's prompted a fair bit of curiosity from some of the club's supporters.

dont know what this shark team stuff is about. but ill let it slide cos its mendy.

Can you explain what the shark team is? @benmendy23

Speaking to James Ducker as part of an exclusive in The Telegraph, he's now explained his reasons for calling City this.

“We’re the big shark and when teams swim up alongside us we gobble them up,” he says.

Mendy and the rest of the Shark Team host Crystal Palace this weekend as they look to continue their strong start to the season.

popular
Ricky Gervais finally says what we're all thinking about the Johnny Depp Amber Heard case
New Time Traveller's Wife series airs 'incestuous' oral sex scene that has left everyone divided
Binley Mega Chippy: What is it and why is it all over my timeline?
Japanese man spends £12,480 to look like a border collie - and it kind of works
The JOE Friday Pub Quiz: Week 296
Wimbledon to drop Mrs and Miss on women’s honours board to match men's titles
Gangland enforcer charged £6K to attack victims with acid and £10K to blind them
You may also like
Sport
Jack Grealish's best moments during Man City's title parade
Sport
Noel Gallagher left 'covered in blood' after headbutt from Ruben Dias’ dad
Sport
Gabriel Jesus speaks out on future as Arsenal lead race to sign striker
Sport
Liverpool crowned Premier League champions, but only on aggregate
Sport
Man City fans taunt Steven Gerrard after beating Liverpool to Premier League title
Next Page