In the midst of the Coronavirus pandemic, the future of rugby is uncertain

What little money there was in the Gallagher Premiership has been further squeezed due to the lack of fans in stadiums. 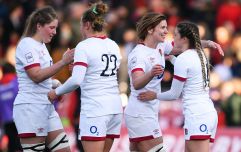 END_OF_DOCUMENT_TOKEN_TO_BE_REPLACED

Despite rugby's inherent struggles, the game continues. This weekend sees the Premiership semi-finals go ahead live on BT Sport.

We spoke to former England, Wasps and Leicester man Andy Goode and asked him where the games will be won and lost.

Speaking first about Wasps v Bath, Goode says: "It's two of the most exciting attacking teams in the Premiership.

"Both teams score a load of points, but aren't shy of conceding a fair few too." 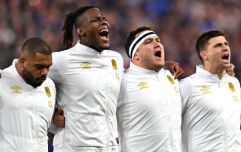 END_OF_DOCUMENT_TOKEN_TO_BE_REPLACED

"Play-off games are a whole different kettle of fish. We saw the way Bristol tried to play their knockout game against Bordeaux but I don't think they can get away with it against Wasps. I think they'll have to manage the game and remember what got them into that position, but also be pragmatic."

Regarding Exeter v Bath, the day's second fixture on BT, Goode says the Chiefs' mindset will be the deciding factor.

"There's a different pressure on Exeter because there's expectation on them to win it. They are the big favourites. 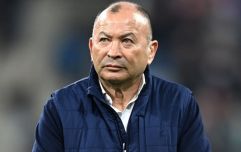 END_OF_DOCUMENT_TOKEN_TO_BE_REPLACED

"But I've played knockout games when we've been huge favourites and we haven't performed on the day.

"Bath have got every opportunity with the physicality they've got, and the fact they got in there by the skin of their teeth. But Exeter should win it."

More generally speaking, Goode thinks rugby needs to get fans back into stadiums as soon as possible - a view shared by most clubs.

"Pre-Covid, when stadiums were full, or as full as you could get them, with corporate hospitality and things like that, Premiership Rugby lost £15 million.

"So rugby financially wasn't on great footing then and ultimately without the fans in stadiums now it's doubled financial losses.

"Tony Rowe came out and said Exeter are losing a million a month. It's unsustainable."

BT Sport is the home of the Gallagher Premiership Rugby. BT Sport 1 will broadcast both semi-final fixtures on Saturday 10th October with Wasps v Bristol Bears from 1.00pm and Exeter Chiefs v Bath from 3.45pm