When Andrea Pirlo and David Villa moved to Major League Soccer, they didn't expect nights like this.

After a dismal first season, New York City FC and their big names had shown some signs of improvement under new head coach Patrick Vieira.

Wayne Rooney to return to management with D.C. United

END_OF_DOCUMENT_TOKEN_TO_BE_REPLACED

But then Bradley Wright-Phillips and the New York Red Bulls came to town.

Wright-Phillips struck twice in the first half as the Red Bulls won 7-0 on enemy territory - the demolition at Yankee Stadium equalled the biggest ever MLS winning margin, home or away.

Dax McCarty also scored twice for the visitors, who were 5-0 up by the time Pirlo was hauled off for Frank Lampard.

Alex Muyi, Gonzalo Veron and Gideon Baah completed the rout, which brings the Red Bulls within a point of their fiercest rivals.

The goals continue. Here's a look at the sixth for #RBNY from Gonzalo Veron. #NYDerby https://t.co/DAcck2RdzU 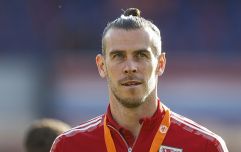 END_OF_DOCUMENT_TOKEN_TO_BE_REPLACED

The game marked Lampard's first appearance of 2016, but he could not have done much, having arrived with Vieira's team already 5-0 down.