When Beckham showed up with his hair shaved into a mohawk ahead of Manchester United's Charity Shield clash with Chelsea in 2000, he was told that he wouldn't be allowed to play with that hairstyle.

END_OF_DOCUMENT_TOKEN_TO_BE_REPLACED

Alex Ferguson definitely fell into the no-nonsense category of managers and he let Beckham know that he wasn't a fan of his new haircut in no uncertain terms.

"I walked in the changing room and he hadn’t seen it because I was too scared to even show him," Beckham told Otro.

"I’d gone into training the day before with a beanie on, trained in a beanie, gone back, walked in the hotel, had a beanie on, had dinner, beanie on, breakfast beanie on, bus on way to stadium - beanie. 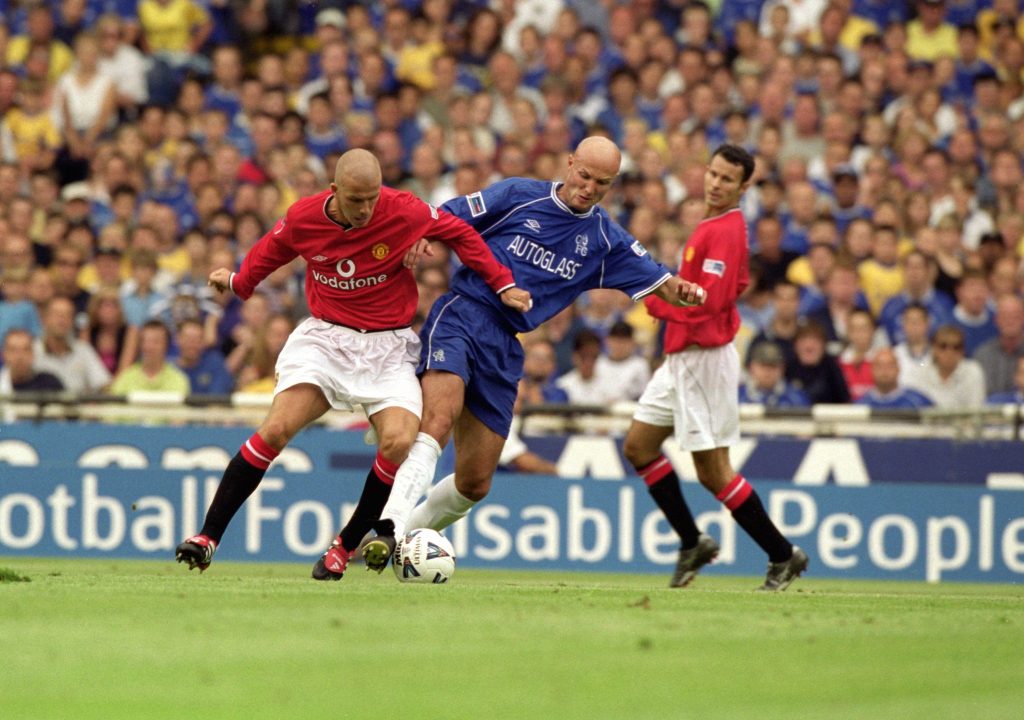 END_OF_DOCUMENT_TOKEN_TO_BE_REPLACED

"Then as I got ready for the game I took it off, he said 'go and shave it off'.

"I giggled and he was like 'no, I’m serious. Go and shave it off'. So I had to find a pair of clippers and I shaved it off in Wembley Stadium. Manager always rules."

United fell to a 2-0 defeat to Chelsea on that afternoon and Beckham's mohawk did not reappear until the end of the 2000/01 season, when he joined up with the England camp.

Sven-Göran Eriksson clearly wasn't as strict as Fergie when it came to Beckham's haircuts...

popular
Towie’s Yazmin Oukhellou and Jake McLean had ‘furious row in Turkish club’ minutes before horror crash, report claims
Conspiracy theorists believe the world will end today - here's why
Tesco will no longer stock popular pet foods including Whiskas, Pedigree and Dreamies
British schoolboy breaks internet after attending prom in sequined tuxedo ballgown
Teens are turning up to watch Minions in suits - and why cinemas have been forced to ban them
Dominic Raab may just have delivered the 'car crash interview of the year' over Chris Pincher scandal
Noel Gallagher branded 'vile' by disability charity after Glastonbury comments
You may also like
Sport
Cristiano Ronaldo could be headed to Chelsea in sensational Premier League switch up
Sport
Ralf Rangnick suggested selling Cristiano Ronaldo in January, but club hierarchy blocked it
Sport
Cristiano Ronaldo will not return to Manchester United training on Monday
Sport
Cristiano Ronaldo wants to leave Man United and the club shouldn't stand in his way
Sport
Cristiano Ronaldo to Wrexham is on as Rob McElhenney expresses interest
Next Page