Alan Shearer is not laying all the blame on Willy Caballero for that remarkable howler on Thursday night.

END_OF_DOCUMENT_TOKEN_TO_BE_REPLACED

That might seem like a bold statement. After all, Caballero literally teed the ball up for Ante Rebic to smash it on the volley inside the box. Instead of hoofing it clear to relieve the pressure, he tried to play a deft lob that completely blew up in his face.

However, during BBC's post-match coverage of the game, Shearer noted that the problem started with the defence. Not that you would have noticed live, as the broadcast was showing a replay during the build-up to the goal.

END_OF_DOCUMENT_TOKEN_TO_BE_REPLACED

Shearer believes that Nicolas Otamendi was at fault for the goal. The Manchester City man was beaten in the air by Mario Mandzukic when Croatia played a Hail Mary pass from inside their own half. Although the header went straight to an Argentina defender who played the ball back to Caballero, Shearer believes Otamendi should not have missed it.

"Yes (it was a howler), but the problem started before that - defensively. A long ball comes forward and you're looking for your centre-half to be dominant." 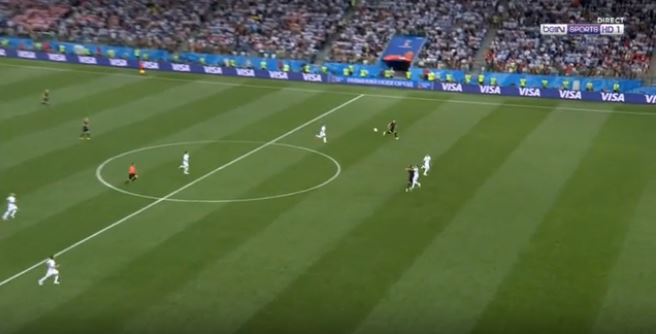 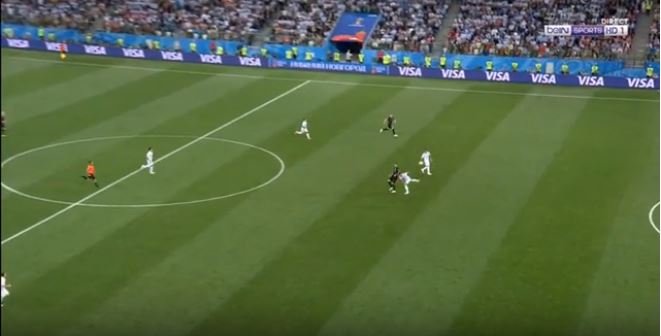 Had Otamendi won that aerial battle, the danger would have been averted before it began. That's something that Shearer feels he should have been able to do. That being said, once the ball came to the keeper, Shearer agreed that it was a serious blunder.

"Otamendi. He's got to challenge in the air, he's got to win that header here when the ball comes forward. It's a 50 or 60-yard ball - go and head it. Just go and head it. You're a centre-half. Be dominant. But, he didn't and the rest is obviously down to the goalkeeper. "