It doesn't look good for Manchester United or Liverpool

It appears that this year's Premier League campaign is all but a two horse race, as BBC pundits select either Manchester City or Chelsea as their predicted champions.

END_OF_DOCUMENT_TOKEN_TO_BE_REPLACED

Chelsea come into this season off the back of winning their second Champions League trophy in their history last May, and with a full season under Thomas Tuchel, many are expecting the Londoners to push on.

However, Manchester City, who basically walked through the league last year without any real opposition, are the overwhelming favourites to retain their title.

With signings like Jack Grealish included to bolster their squad, it's hard to see past another dominant title defence by the blue side of Manchester. 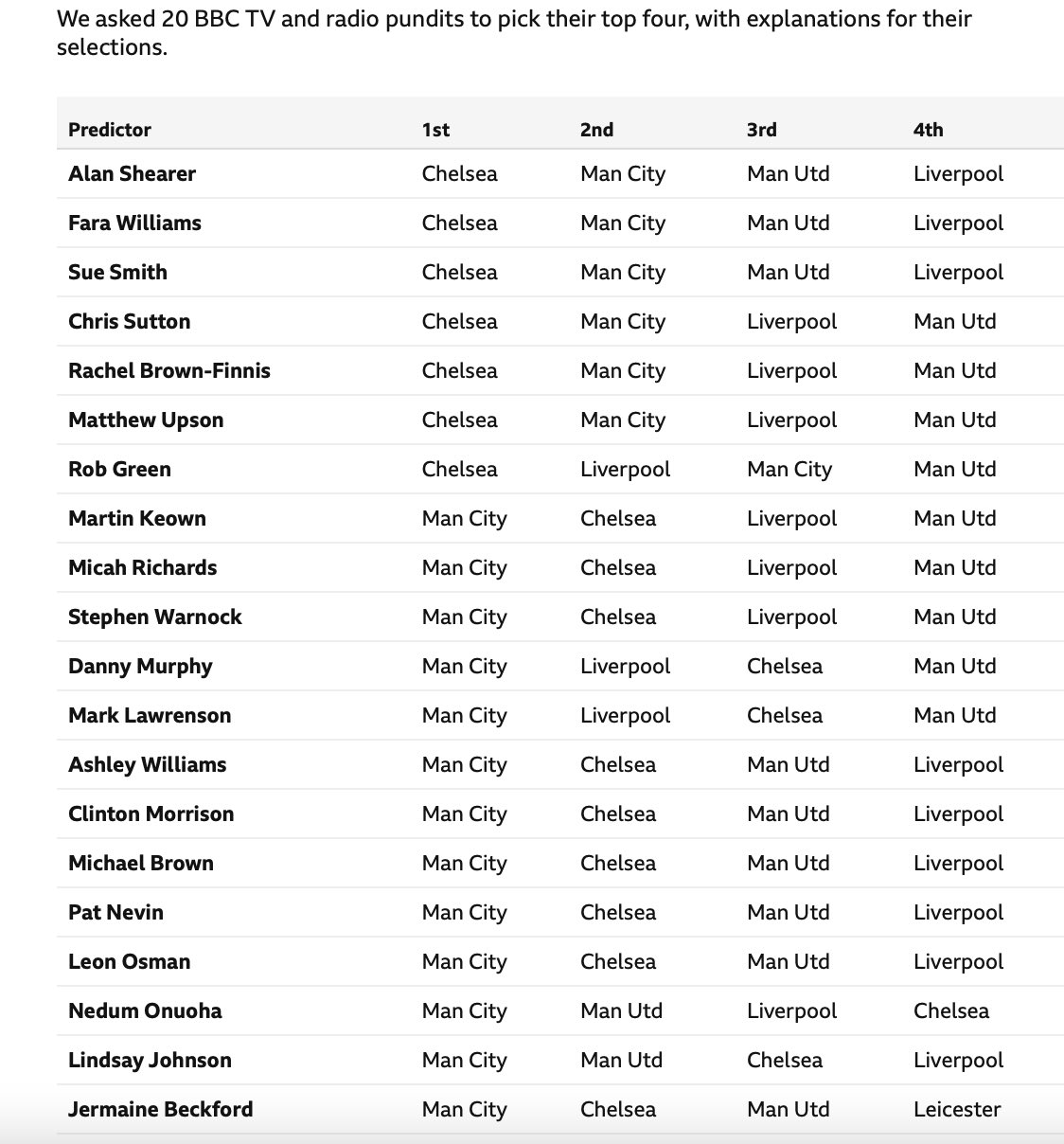 The red side of the same city however, may feel a little hard done by, finishing second last season and adding the likes of Jadon Sancho strengthening their attack, and Raphael Varane pending to join their defence, you can only imagine that they will be stronger this year.

The team that will feel the most insulted will be Liverpool, who finished the season strongly. And while they haven't done much  business this summer apart from signing the man mountain that is Ibrahima Konaté, they have a few notable names from injury.

Virgil Van Dijk coming back will - if you'll pardon the cliché - feel like a new signing, boosted with the return of Joe Gomez, and Joel Matip, their defence should be a lot more solid this year. 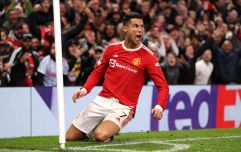 END_OF_DOCUMENT_TOKEN_TO_BE_REPLACED

It was only just over a year ago that The Reds were the all-dominant force in the Premier League so they will be looking to make a big return and prove a lot of people wrong.

Of course, these predictions all mean next to nothing in the long run, and who knows, maybe Spurs will come out of the blue and snatch the title this year.

popular
Paul Scholes delivers sobering Man Utd warning after stunning comeback
Police investigating viral video of child being 'forced' to have ears pierced
Ricky Gervais wants to live to see young generation 'cancelled' by the next one
Here we go again - the government says book your Xmas party. What's 'Plan B'?
Gordon Ramsay's daughter Tilly calls out radio host for 'fat shaming' her live on air
Mum who drove into Insulate Britain in rage says 'I just gave them a nudge'
Passengers who allegedly filmed rape of woman on train unlikely to be charged
You may also like
Sport
Paul Scholes says Paul Pogba is a "daydreamer" and Fred and McTominay are "limited footballers"
Sport
Arsene Wenger claims Mohamed Salah is the best striker in the world
Sport
FIFA to look at preventing teams from competing in consecutive World Cups
Sport
Patson Daka scores fastest hat-trick in Europa League history as Leicester secure comeback win against Spartak Moscow
News
Pilot who crashed plane that killed Emiliano Sala was ordered not to fly
Next Page