Megan Rapinoe, the World Cup-winning US women's football star, has revealed her decision to kneel during the US national anthem was borne out of solidarity with NFL star Colin Kaepernick.

San Francisco 49ers quarterback Kaepernick has refused to stand for the anthem during his team's pre-season games, saying "I am not going to stand up to show pride in a flag for a country that oppresses black people and people of color." 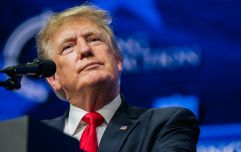 END_OF_DOCUMENT_TOKEN_TO_BE_REPLACED

And Rapinoe explained on Twitter than her actions - ahead of her Seattle Reign team's NWSL match against the Chicago Red Stars - were carried out in an attempt to "keep the conversation going".

"It's the least I can do," wrote Rapinoe, who is one of the highest-profile gay sports stars in the United States.

The winger, who has 115 international caps and was part of the team that won Olympic Gold in London in 2012, called the treatment of Kaepernick "disgusting".

"We need to have a more thoughtful, two-sided conversation about racial issues in this country," Rapinoe told American Soccer Now.

"Being a gay American, I know what it means to look at the flag and not have it protect all of your liberties. It was something small that I could do and something that I plan to keep doing in the future and hopefully spark some meaningful conversation around it.

"It’s important to have white people stand in support of people of color on this. We don’t need to be the leading voice, of course, but standing in support of them is something that’s really powerful."

The 31-year-old has been praised for her stance on social media, and criticisms over 'lack of respect' have been drowned out by those showing support.

popular
Pizza Hut customer outraged over 'sexual' ketchup label that reads 'shake, squeeze and squirt'
How did Brian Laundrie’s parents find his remains in a few hours?
The JOE Friday Pub Quiz: Week 266
St James' Park to get new name under Newcastle new owners
Taliban 'behead junior volleyball player and post photos of her head on social media', report says
Liverpool to hold AFCON talks in attempt to reduce player absences
Alec Baldwin asked 'why was I handed a loaded gun?' after fatal on-set shooting
You may also like
News
Subway customers boycott company because Megan Rapinoe appeared in their adverts
Sport
Megan Rapinoe admits 'teasing the English is such a pleasure'
Sport
Megan Rapinoe labels Manchester United 'disgraceful' for not launching women's team until 2018
Sport
All hail the USWNT - the most impressive team in world football
Sport
Women's football is on the rise, but it already has its transcendent icons
Next Page