The Curious Case of the Missing Boyfriend That Never Existed

We've all had people ghost us at some point in our lives; whether it's a partner, a friend or even a relative. However, not often does it get so bad that you have to report a person as missing only to find out they "did not exist". 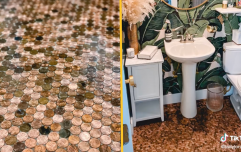 END_OF_DOCUMENT_TOKEN_TO_BE_REPLACED

That's what TikToker, Kathrine Verb, claims happened to her, after a man she went out with for two years suddenly dropped off the face of the earth when the coronavirus pandemic first hit. After a week of trying to contact him, his phone started going straight to voice mail and she started to have concerns he had caught Covid and his safety in general. Hear the full story below:

As you can see, Miss Verb thought she was "going to marry this man, have his babies and spent the rest of [their] lives together", so although the relationship was described as "relatively long-distance", things sounded pretty serious.

After fears that he had caught Covid and then a miraculous recovery shortly after, there was total radio silence as the mystery man suddenly went fully AFK.

Fearing for his life, she went on to call the hospitals in her local and surrounding area, looking for even the slightest breadcrumb as to his whereabouts. With no luck, she escalated things to the police and it was at this point she was told he "did not exist".

We know what you're thinking: this man was clearly putting it about where he shouldn't have been and probably got gripped by a partner he already had at home. However, as Kathryn points out, he technically ghosted her "by faking his death" - although she did point out that must have "lied to [her] for two years about his real identity.” 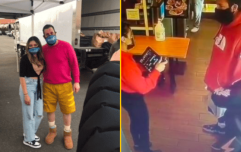 END_OF_DOCUMENT_TOKEN_TO_BE_REPLACED

We've seen people go to some efforts to ghost an ex or, perhaps, someone who's suddenly given 'the ick' (I said ick, read it again you filthy-minded savage), but this is quite something else.

As much as the story is obviously a sad one, at least in the immediate, many people have pointed that she could've dodged a serious bullet. While many went for "100% he was married and then had to work from home," - especially given the fact that they only ever met up at hotels and never met friends or family - others suggested: "You probably dodged a serial killer".

Nevertheless, some of the best conspiracy theories we liked from 'The Curious Case of the Missing Boyfriend That Never Existed' included: he was a spy who had to go full dark mode (hence the fake name); he was a full-on ghost (there's always one of you) or that she was just lying... TikTok isn't particularly known for the veracity of all its viral videos.

Still, we'll admit, we enjoyed the ride. That being said, come on, Kathy - if it's true, you know the most plausible explanation.

popular
Uefa to investigate Manuel Neuer over rainbow armband
The Chase has responded to viewers convinced the show was rigged to avoid paying jackpot
A definitive ranking of every swear word from worst to best
Here's how to see who's been taking screenshots of your Instagram Stories
Didi Hamann says Ronaldo looks "a fool" after needless showboating against Germany
Uefa stop review of Manuel Neuer's rainbow captain armband
The JOE Friday Pub Quiz: Week 248
You may also like
Life
Beloved TikTok star and Capuchin Monkey George has passed away
News
Stall owner pulls man down from hanging bar just as he's about to win £100
Entertainment
Woman goes viral after saying she won’t leave the house as she stands in town centre
Life
Four-year-old slaps mum with $2,600 bill after ordering 918 SpongeBob ice popsicles
News
Police to review arrest of 16-year-old at train station after viral video
Next Page