Grab a notebook - we know you need it

Sex should never be a chore or something you loathe doing - and yet with busy lives and a lot on our minds, our own sexual needs are sometimes subdued and labelled as frivolous. 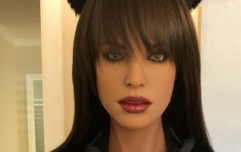 END_OF_DOCUMENT_TOKEN_TO_BE_REPLACED

However a sex expert - or 'sexpert' if you want to get all fancy - has revealed the most common mistakes couples make while getting frisky.

Sex toy retailer Uberkinky, who house some pretty out-there sex toys on their website, has an in-house 'sexpert' and she has revealed all.

Ruby Payne offers her insight into some of the most common mistakes couples make, reports the New York Post.

Sex is a journey and climaxing isn't the end goal

It's a marathon, not a race
Advertisement

Climaxing often seems like the end goal but it's fairly anti-climactic to then roll over and watch TikTok in silence for three hours.

END_OF_DOCUMENT_TOKEN_TO_BE_REPLACED

"An orgasm should be seen as a happy by-product of getting it on, rather than the goal. Sex is a journey, and focusing too much on orgasms puts a huge amount of pressure on both parties. And if there's one thing that's a mood-killer, it's pressure," Payne says.

She suggests enjoying sex "regardless of the outcome", which for women, is probably devoid of orgasm anyway. Sorry Chad, you just ain't as good as you think you are. 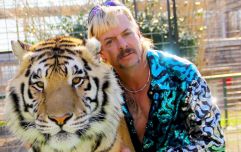 END_OF_DOCUMENT_TOKEN_TO_BE_REPLACED

There are some situations where watching the clock is a method of survival like that last hour at work, before a big meeting or counting down the minutes before the in-laws vacate your living room and return home until next Christmas.

But sex should never be timed. Sure, hurried and rushed sex can be exhilarating but you don't need to get out the stopwatch and role-play as Olympic time recorders.

Sex shouldn't have a default position

Don't be a Will

"There's a whole big wide world of sex positions out there," says Payne.

No one is suggesting that you need to copy every position in the Kama Sutra but sometimes shaking up the routine can bring much-needed excitement to the experience.

Ask yourself the question: "Do I like this position, or is it just easy?"

Your body is a temple

Your body is a temple!

A small glass of wine can certainly heighten the mood but sensations are lost with each drink you slug down.

Another thing to be mindful of is how full or hungry you are before sex. If you are starving, you're probably only going to think of a big cheeseburger the whole time, which is not exactly the sexiest food choice on the planet.

In contrast, you don't want to feel stuffed to the point of practical paralysis.

The bedroom is excellent but it can become so repetitive at times.

"Your goal isn't to turn them on; your goal is to keep the desire alive," Payne says.

She suggests bringing intimate actions into other areas and not just the bedroom. This doesn't necessarily mean getting jiggy on the washing machine but can instead be a passionate kiss while cooking or skin-on-skin contact while watching a movie.

popular
'Super recogniser' draws 'accurate' modern Maddie McCann to help police find her
Roy Keane defends Stoke and Blackburn despite 'nasty' fan comments
Divock Origi reveals what Klopp said to him before scoring crucial winner
Mum in jail for murder pays tribute to son, 6, killed by his dad and new girlfriend
Chilling video shows moment step mum tried to get away with murdering boy, 6
The JOE Friday Pub Quiz: Week 272
Antonio Cassano reveals Cristiano Ronaldo ordered him to 'respect' his achievements
You may also like
Science
Sperm is being used to create eco-friendly plastic
News
Italian doctor known as 'Dr Magic Flute' allegedly offered to have sex with patient to 'cure' cancer
Entertainment
Preacher says reptile masked as her husband tried to have sex with her
Entertainment
Will Smith says he once had so much 'rampant sex' it made him 'vomit'
Life
Woman lets her husband 'play' with sister as well as her mum
Next Page