Just like swimming, wait 30 minutes after eating to read this

A man has admitted to a sordid affair, though not with a woman as many might suspect. Malcolm Brenner, 63, claims he developed an intimate relationship with a dolphin at a Florida waterpark in the 70s.

In a short 2016 documentary entitled Dolphin Love, Brenner gets perhaps a little too candid about his affection for Dolly the Dolphin.

END_OF_DOCUMENT_TOKEN_TO_BE_REPLACED

However 'relationship' isn't a touching metaphor for a close relationship with an animal like the one depicted in Netflix's My Octopus Teacher - instead it refers to a sexual relationship.

Brenner opened up about the abuse he suffered as a child, which he believes led him to be attracted to animals. Despite Beastiality being the most commonly used term in these situations, Brenner uses the term 'zooaphile' as this is more than merely a sexual desire.

He explains that his first animal encounter was with the family dog - but this didn't go well. It wasn't until he met Dolly that things seemed to flow more naturally for him. 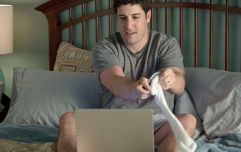 END_OF_DOCUMENT_TOKEN_TO_BE_REPLACED

He explained: "I started rubbing her along her back, working my way to her flukes - her tail.

"And as I was rubbing her and moving my hand towards her tail, Dolly was slowly rolling around her long axis."

Working as a photographer in 1971, Brenner had special access to the dolphin after hours - and though we will spare you the intimate details - things got pretty elaborate between Brenner and the sea creature.

He continued: "At first I discouraged her, I wasn't interested. After some time I thought 'if this was a woman would I come up with these rationalisations and excuses'?

"It was when the park was closing that we successfully eluded the male dolphin so we could spend some time alone."

After figuring out the logistics and positioning, Brenner and Dolly's relationship became more personal than rubs and nudges. If you can't read between the lines here, then yes - they had sex.

Dolly was eventually moved to another amusement park and died nine months later. Brenner believes that she committed suicide after losing her 'lover' as dolphins are known to simply turn off their breathing when depressed.

Brenner said: "I called it a relationship because that's what it was. When she died it made me feel terrible and I fell into a depression which lasted five years."

Though Brenner argues that the relationship was consensual, human to animal sexual contact is not only frowned upon, it's illegal - although these laws weren't in place during the time of Brenner and Dolly's underwater trist.