Sperm is being used to create eco-friendly plastic

Could sperm save the planet?

Scientists in China have begun creating bio-degradable plastic from natural resources and it's likely you either have this resource, or know someone who does. 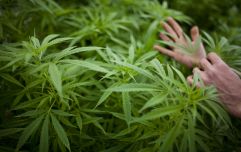 Cannabis compounds could prevent infection from covid, according to study

END_OF_DOCUMENT_TOKEN_TO_BE_REPLACED

Scientists at Tianjin University have discovered that plastic can actually be made from sperm - but don't fear, lads in lab coats aren't going to start mandating semen harvesting - at least not yet anyway.

This revolutionary development actually employs salmon sperm which is combined with a chemical from vegetable oil that binds it all together. The substance it creates is commonly known as hydrogel, which definitely sounds better then sperm plastic.

The hydrogel is then moulded into various shapes and then freeze-dried to solidify the mixture and remove moisture. So far, the scientists have made a cup, puzzle pieces and a DNA molecule.

This landmark moment has also opened the door to other avenues of acquiring the DNA needed. Since DNA makes up every living thing on the planet, this new plastic can theoretically be made from waste material, algae and even bacteria.

Biodegradable plastic is nothing new but previous methods require an enormous amount of energy and are fairly difficult to recycle. 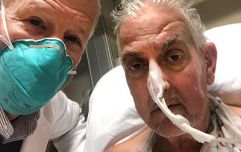 END_OF_DOCUMENT_TOKEN_TO_BE_REPLACED

However, the material's biggest advantage is also a disadvantage - as items made from the material need to be kept dry. When they become wet, the plastic returns to its hydrogel form, which makes it amazing to recycle but awful if you want the plastic to be used en-mass.

Waterproof coatings could certainly be added but this would make the hydrogel more difficult to recycle. While the hydrogel could be used for items required to be kept dry - like electronics - more work is needed to completely fool-proof the design.

popular
Motorcyclist dies in crash live on TV while trying to escape police
Millions could get one-off cash payment to ease cost of living crisis
What Meat Loaf actually meant when he sang 'I won't do that'
The JOE Friday Pub Quiz: Week 278
AFTV regular 'Mr DT' releases statement after being given three-year jail sentence
Son kills himself over guilt after fearing he may have given father covid, says mother
Daniil Medvedev booed mercilessly by Australian Open crowd during honest interview
You may also like
Environment
Ecosexuals believe we should all be having sex with Earth to save the planet
Life
The 10 most Googled questions about sex - answered
Entertainment
Scream 5: Why do so many people want to f**k Ghostface?
Social Media
Woman says she sends herself anonymous drinks to show she's 'in demand'
Sex
Warm balls could be the next male birth control, according to experts
Next Page