Some of these are pure nightmare fuel

For the first episode of its eleventh season, The Great British Bake Off had one of its most memorable Showstopper challenges ever: create a cake of their celebrity hero.

END_OF_DOCUMENT_TOKEN_TO_BE_REPLACED

The Great British Bake Off has had plenty of wild and crazy final rounds in its decade-long history, and has given us such delights as pubs made out of gingerbread, lions made of bread, a BLT cake, and Leonardo DiVinci-inspired gears recreated with pies.

But the 'Celebrity Hero Cake Bust' might be the best so far.

The challenge involved the contestants having to depict a well-known figure that they looked up to in three-dimensional cake form. And it resulted in some of the most horrifying images in Great British Bake Off history.

Famous people who got turned into cakes included musicians, writers, TV stars, sportspeople and more. Some of the likenesses were actually really, really impressive. And well, some of them were not. Some of them collapsed and melted. Some of them did not even have faces. 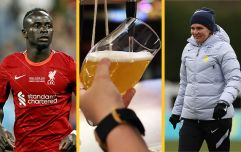 END_OF_DOCUMENT_TOKEN_TO_BE_REPLACED

So we have put together a quiz where we show you the cake, and you guess which celebrity it is meant to be.

It sounds easy, right? Well, some of them are, because they are good cakes that look like the person they are supposed to look like. And some of them are not so easy, because they did not get around to finishing them, or something went very, very wrong. Still, that is part of the joy of The Great British Bake Off, is it not? Seeing the best laid baking plans go wrong?

So yeah, here it is. Eleven cakes. You just name the person they are meant to be.