Thousands of dogs marching on Westminster this weekend to protest Brexit

On Sunday October 7 thousands of dogs are expected to march on Westminster to protest Brexit and call for a second referendum on EU membership.

END_OF_DOCUMENT_TOKEN_TO_BE_REPLACED

The 'Wooferendum" will feature dogs and their owners travelling from as far afield as Devon for the demonstration, as well as speeches by the likes of Stella Creasy and prominent vets.

According to organiser Daniel Elkan the protest is being organised because of Brexit's impact on pet passports, the vet workforce and pet food products.

The dog march, two weeks ahead of the human People’s Vote march on Saturday 20th October, will end with a rally in Parliament Square where speakers will include actor Peter Egan, animal-welfare campaigner Dominic Dyer, vet Iain McGill, and MP Stella Creasy.

At the march, a petition signed by dogs and owners, will be delivered to Downing Street.

Daniel Elkan, founder of the group. said "The enthusiasm for Wooferendum has been incredible.

END_OF_DOCUMENT_TOKEN_TO_BE_REPLACED

"People and dogs jump at the chance to get 'pawlitical' and express their feelings about Brexit, which is a tough topic, in a more friendly, engaging way. Dogs and their owners are coming from all as far away as Devon, Norfolk, Manchester and Cardiff to be in London on Sunday 7th October for this unique event.

"We want to create the biggest bark in history. The campaign is 'by the dogs, for the people'. It might seem barking mad – but it’s not as mad as Brexit."

MP Owen Smith said: "My dog Wilf and I fully support the wooferendum. We look forward to a great turnout of dogs and people. It’s about time to unleash a bit of common sense to end this Brexit madness."

Alastair Campbell and his partner Fiona Millar will be marching with their cavalier King Charles puppy, Skye. Campbell, a leading supporter of the People’s Vote campaign, said "We have to do everything we can to show the politicians that the country is not uniting around Brexit. The idea that we have to choose between no deal and a bad deal is a democratic obscenity." 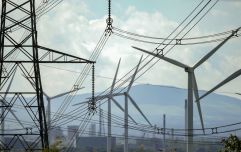 END_OF_DOCUMENT_TOKEN_TO_BE_REPLACED

Fiona Millar said: "I have been bumping into other dog owners who say they have never been on a political march in their lives but who are so concerned about the chaos and the costs of Brexit and the damage it is doing to Britain that they are going on this one."