UKIP have announced their candidate for Mayor of London: Dr Peter Gammons. 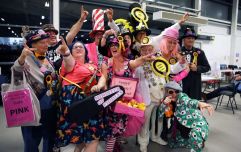 I tried to join the Monster Raving Loony party

END_OF_DOCUMENT_TOKEN_TO_BE_REPLACED

According to his website, Dr Gammons is "one of the world’s most famous and in-demand Inspirational and Motivational speakers," and claims that it is "historically documented that he has spoken to larger crowds that (sic) any other person in history, with crowds of up to 4 million people in a single rally."

It was reported back in October that Dr Gammons was UKIP's frontrunner to challenge Labour's Sadiq Khan for the mayoral race in 2021, and a tweet from UKIP confirmed that today.

Dr Peter Gammons (@Gammons4London) is UKIP's candidate for London Mayor, taking our fight to the Khanage left behind by Labour. 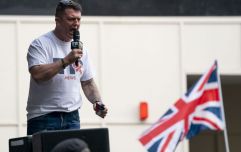 END_OF_DOCUMENT_TOKEN_TO_BE_REPLACED

In a video posted to UKIP's Facebook account, under the slogan 'Vote Gammons for London Mayor', Dr Gammons shared some of his plans to make London "a better and safer place for all Londoners and future generations."

But his great passion, Dr Gammons said, is for the city of London, criticising the previous Labour and Conservative administrations: "Something has to change, and voting for the same old politicians isn't gonna bring about change." 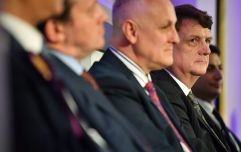 END_OF_DOCUMENT_TOKEN_TO_BE_REPLACED

He also said that he would oppose lockdown, stop the "war on motorists", and shared a strategy to help tackle global warming that would see children from across Britain come to London to plant trees, so that "London is in their heart".

The London mayoral election was due to take place this year, but has been postposed due to the coronavirus pandemic. It will instead take place on 6 May 2021.

popular
Ricky Gervais finally says what we're all thinking about the Johnny Depp Amber Heard case
New Time Traveller's Wife series airs 'incestuous' oral sex scene that has left everyone divided
The JOE Friday Pub Quiz: Week 296
Binley Mega Chippy: What is it and why is it all over my timeline?
Wimbledon to drop Mrs and Miss on women’s honours board to match men's titles
Gangland enforcer charged £6K to attack victims with acid and £10K to blind them
Japanese man spends £12,480 to look like a border collie - and it kind of works
You may also like
News
Nigel Farage erupts at security after being hit with milkshake while campaigning in Newcastle
News
UKIP candidate said it's alright to sexually abuse young boys
News
UKIP leader walks out of interview after question about rape joke
News
Ukip leader Gerard Batten claims Carl Benjamin's rape tweet was "satire"
News
Cash-strapped UKIP begging for extra funds to contest European elections
Next Page