The Conservative party were spending £100,000 a day on Facebook advertising during the 2017 general election

The Conservative party made a single advertising payment of more than £1 million to Facebook during the 2017 general election.

Some correlate to constituencies, like Jeremy Hunt's South West Surrey which an invoice shows spent £505.94 on "videos." Other notable locations include Somerset, where Jacob Rees-Mogg sits, and Sadiq Khan's old stomping ground Tooting.

There are also payments described using an alphanumeric code, the largest of which is a £181,991.84 Facebook payment for the group "General Election AC" - likely a segment of the population highlighted by campaigners as key voters to be targeted with advertising.

The invoice for the political party's election Facebook spend in June totalled £812,687.09. Considering polling day was June 8, the Tory Facebook budget in the final week of the election was around £100,000 a day. 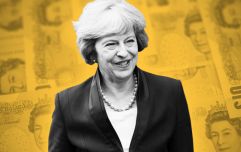 How the Tories spent £18.5m losing their majority in the 2017 election

END_OF_DOCUMENT_TOKEN_TO_BE_REPLACED

Labour spent a little over £500,000 of their £11 million war chest by comparison. A damning sum, when you consider Corbyn generally has three times as many followers as May cross-platform, which is a crude but illustrative example.

The Tories spent 367 per cent more than Labour did in the same period during the election, whose total came to £577,269.

popular
Uproar over VAR decision to rule out Ollie Watkins' equaliser against West Ham
Moderna vaccine trial shows 100% efficacy in dealing with severe Covid-19 infections
People who refuse COVID vaccine could be banned from football matches and the cinema
A definitive ranking of every swear word from worst to best
Rita Ora apologises for hosting lockdown-breaking birthday party in London restaurant
QUIZ: Fill in the missing club from these players' career paths - Part 6
Troy Deeney criticised for comments on David Luiz's collision with Raul Jimenez
You may also like
Politics
In the digital arms race of modern politics, Theresa May is loading expensive blanks
Politics
Brits are in favour another General Election, according to new YouGov poll
Entertainment
John Oliver's take on the General Election and Brexit is absolutely brilliant
Politics
Details of Theresa May's immediate reaction to election night results have emerged
Politics
WATCH: Guess what Game of Thrones joke Jon Snow made about the General Election result
Next Page