Sarah Owen: Racism to Asian people is not taken seriously

The world watched in horror this week as news broke that eight people - six of them of Asian descent - were shot and killed in Atlanta, Georgia.

END_OF_DOCUMENT_TOKEN_TO_BE_REPLACED

Robert Aaron Long, a 21-year-old white man, has been identified as the suspect and arrested.

The events have struck fear into the hearts of ESEA communities globally, and has garnered calls for anti-ESEA bigotry and sinophobia to be tackled properly.

Racism towards these communities has been a growing issue for years, and has soared during the Covid-19 pandemic.

In the first three months of 2020, hate crimes in the UK towards people of ESEA heritage soared by a third.

Figures from End the Virus of Racism last year found that there were 261 hate crimes against ESEA people in April, 323 in May, and 395 in June.

Between January and June, the Metropolitan police recorded 457 race-related crimes against people of “oriental” ethnicity, or who self defined as Chinese. 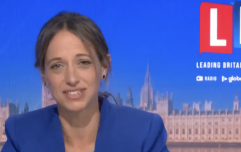 END_OF_DOCUMENT_TOKEN_TO_BE_REPLACED

The term “oriental” to refer to ESEA people is in itself a racial slur.

Last year, the story of an attack on 23-year-old Jonathan Mok, an exchange student from Singapore, garnered national attention after he was extremely violently assaulted.

His attackers said “we don’t want your coronavirus” - before repeatedly punching him, leaving him with facial fractures that may have needed reconstructive surgery.

Disgusting racist attack on an Asian man on Oxford Street by a group of men who said 'coronavirus' and then assaulted him.

The Metropolitan Police are investigating.https://t.co/QeqfFZTboQ 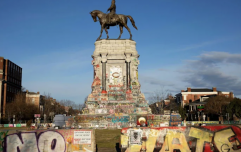 Largest Confederate monument in US set to be removed this week

END_OF_DOCUMENT_TOKEN_TO_BE_REPLACED

JOE has spoken to Sarah Owen, Labour MP and Chair of East and South East Asians for Labour, about racism to ESEA communities in the aftermath of the shooting in Atlanta.

She says the media has a role to play in bigotry towards ESEA communities, as well as politicians.

“The media hasn't helped, but also the political rhetoric - not just from Trump, but also from the right here - has been massively unhelpful, and has fuelled the far-right agenda,” she said.

“You have Piers Morgan on Good Morning Britain mocking the Chinese language with a fake Chinese accent,” she said.

“ITV regrets any offence Piers’ comments may unintentionally have caused...”

FFS @GMB this is not an apology ?

It’s a real shame to see ITV being a platform for racism like this. https://t.co/qdlCRF0qor

She also highlighted how media coverage of Covid has made racism worse.

“When the media portray us as the face of Covid, what you get is an overtly negative image of us - with very little to counteract it.”

She added: "We can hold a space where we legitimately criticise a state's actions, - whether in Xinjiang or whether in Hong Kong - without blaming the entire ethnicity."

Owen also said racial stereotyping of ESEA people, such as being a model minority, is racist - and contributes to the bigotry they face.

Owen shared a personal experience of it a while on the Labour campaign trail several years ago.

“[A man said] ‘I don't mind the Chinese, because they're hard working and obedient’”, she said.

When Owen told him she was mixed race: “He lent him closer to me, looks at my eyes, and said ‘oh, yeah - your eyes aren't completely round.;”

And she said on television and cinema, ESEA women are always portrayed through the “male Western gaze”.

“If you look at what happened with The Singapore Grip, for example, it's a show set in Singapore,” she said.

“The main [ESEA] character that you have with a big speaking role is a woman that is overly sexualised - and seen as kind of a woman to tempt the white man.

“They're not fully representative, it's always through a certain lens, and I think that really needs to change.”

When it comes to addressing bigotry towards these communities, Owen says the government have a vital role to play.

Politicians have a duty to lead by example. There should be no place for racism in our society. @Chinese4Labour @besea_n @EndRacismVirus and @IBVprev are instrumental to ending racism against Chinese, East and South East Asians. Please support their work #HateCrimeAwarenessWeek pic.twitter.com/YaNN6zmm9x

“Fund the local services that people need,” she said.

“We've had reports to Eastern and South East Asians for Labour where people have had like their shops wrecked, or vandalised - and when they're gone to the police, they felt that they have been taken seriously.

“To not be taken seriously then reinforces that kind of feeling that we shouldn't be saying anything.”

She also said social media is an issue, too.

“If you look at Boris Johnson's Lunar New Year message on Facebook, underneath it it's just a torrent of anti-East Asian, anti-Chinese, and anti-Southeast Asian abuse.

“I want MPs from across all of the parties to take this seriously.”

When asked whether she thinks the shooting in the United States will be a watershed moment, she said she was unsure.

“A watershed moment should have happened when we had record numbers of people saying I have been a victim of a hate crime,” she said.

“It shouldn't take the shooting of South East Asian Americans.”

She was also critical of the response to the shootings.

No. Do not fetishise us. Do not offer excuses for male violence against women in this way. He targeted and killed Asian-American women. He is a murderer. Misogyny and racism often go hand in hand. #StopAsianHate https://t.co/MNG5yk1SZm

“I watched the county sheriff's interview public statements, and he just gave excuses for a man that had admitted killing people.

“He said it was a sexual addiction, that he wanted to eradicate his temptation, and that it wasn’t anything to do with race - and that he was having a “really bad day,” she said.

“When I watched that I was just raging.

"How dare he talk about the bad day that shooter had - and not the bad day that all of the friends and families and loved ones of the victims had, will have tomorrow, the next day, for years to come for the rest of their lives.”