Can you pass the 2019 British citizenship test?

Anna Amato moved to Britain when she was a baby. Her parents came from Turin in the 1960s to join Britain's workforce. Fifty five years later, Anna is being denied British citizenship due to "insufficient evidence".

JOE went to Bristol, where Anna has lived for almost her entire life, to meet her. 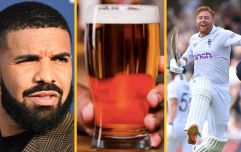 END_OF_DOCUMENT_TOKEN_TO_BE_REPLACED

Anna applied for citizenship, but was denied as she was unable to provide sufficient evidence that she was a permanent resident, despite having been in the UK for over half a century.

Crucial pieces of evidence, from her time working in the NHS, had been lost in a fire. Other evidence that she submitted - so much evidence that it costs £35 to send - was rejected.

But how hard is it to pass the "Life in the UK" test needed to be granted citizenship? You'll need more than 75 per cent to have your application granted.

Below are a series of 2019 sample questions.