'I’m not a racist person'

Kyle Rittenhouse, who killed two people and injured another, has said he supports the Black Lives Matter movement and further claims that his actions had nothing to do with race.

Appearing on FOX News in a new interview with host Tucker Carlson that will air on Monday night, Rittenhouse spoke out about the Kenosha shootings.

Victim families, please sue the shit out of Kyle Rittenhouse!

Sorry for your loss.

END_OF_DOCUMENT_TOKEN_TO_BE_REPLACED

He continued: “I’m not a racist person, I support the Black Lives Matter movement, I support peacefully demonstrating. I believe there needs to be change, I believe there’s a lot of prosecutorial misconduct - not just in my case but in a lot of cases.”

Following the shooting of Jacob Blake on August 23, which left the man paralysed, the Black Lives Matter movement took to the streets to protest police brutality in their community. 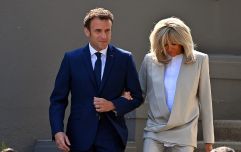 END_OF_DOCUMENT_TOKEN_TO_BE_REPLACED

A Facebook post from former Kenosha alderman Kevin Mathewson sparked enormous controversy as it essentially asked that regular citizens police their streets. Though city officials expressed their disapproval of vigilantes, this didn’t stop support from the public and police who actually thanked the vigilantes.

Rittenhouse travelled 20 miles with a rifle and after numerous run-ins with protestors, he shot and killed two people while injuring another.

“Here you have a 17-year-old who illegally purchased a gun, travelled across state lines to protect property that was not his, for owners who did not invite him, and he put himself in harm’s way based on the rhetoric that he’s seen on social media platforms,” said Derrick Johnson, president of civil rights organisation National Association for the Advancement of Colored People.

Trump Jr. tweeted “Gun Owners of America is sending Kyle an AR15.” When asked about it, Rittenhouse’s Attorney Mark Richards: “He’s an idiot. I don’t have to expand on that, because it speaks for itself.”

Rittenhouse was acquitted of all charges on November 19, sparking controversy across the world despite Republicans branding him a hero.