Rittenhouse was recently acquitted on all charges

Kyle Rittenhouse's acquittal on November 19 has sparked similar calls to free a Black teenager who was charged with killing an alleged child sex trafficker in 2018.

Chrystul Kizer was only 17 when she was charged with first-degree murder for the shooting of Kenosha resident Randall Volar, 34.

Volar had allegedly been filming the abuse of underage girls, including Kizer, and was also being investigated by Kenosha police for child sex trafficking offences.

Call for justice for Crystul Kizer of Kenosha.

She was wrongfully denied access to a self-defense law & her case is on appeal. 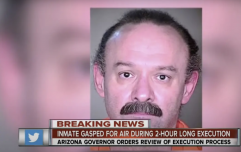 END_OF_DOCUMENT_TOKEN_TO_BE_REPLACED

Though Volar had been arrested for such charges, she was released on bail at the time of his killing.

Kizer said she shot Volar in the head as he attempted to pin her to the ground in 2018. She was later accused of setting fire to his house and then fleeing to Milwaukee in his car.

This is a must read thread.

Self defense is a right, especially against evil predators. https://t.co/OisEQ9dj5X 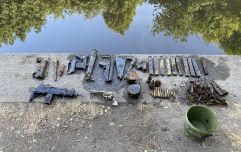 END_OF_DOCUMENT_TOKEN_TO_BE_REPLACED

Kizer was then charged with first-degree murder and arson and jailed for two years before an advocacy group raised $400,000 to pay her bond in June 2020.

Many have been quick to draw comparisons between Rittenhouse and Kizer's cases as they both happened in Kenosha. In June of this year, Kizer appeared before the court, where they determined she may be able to use a defence employed by sex trafficking victims.

The only caveat? She has to be able to prove that her actions were a direct result of sex trafficking.

Another tweeted: "Chrystul Kizer and Kyle Rittenhouse. Both of their stories take place in Kenosha. 'Liberty and Justice...for all?'

A third said: "17 year old Chrystul Kizer of Kenosha, WI shot and killed the man who kidnapped and sexually abused her and was found guilty of 1st degree murder.... We all know why."

17 year old Chrystul Kizer of Kenosha, WI shot and killed the man who kidnapped and sexually abused her and was found guilty of 1st degree murder.... We all know why. pic.twitter.com/Y7Z11uEdEh

popular
Some Stranger Things fans are now trying to cancel Metallica
Runner finishes last in 400m race as penis keeps falling out of shorts
Man books first-class flights for himself and his best friend - but leaves wife in economy
'Empty Old Trafford' trends as Man Utd fans look to send Glazers a powerful message
Pete Davidson in 'trauma therapy' after being 'triggered' by Kanye West's harassment
Tens of thousands rush to sign-up to 'Enough is Enough' campaign - crashing their website
Mystery of Olivia Newton-John's ex-boyfriend who vanished on fishing trip 17 years ago
You may also like
News
Mum learns paedophile neighbour took over 50 pictures and videos of her as she sunbathed
News
McDonald's worker shot dead after serving customer cold fries
Entertainment
Ezra Miller accused of leading a cult, wearing body armour and carrying a gun everywhere he goes
Entertainment
Police hunt Bradley Cooper lookalike after he steals from Home Depot
Life
Shoplifter arrested 101 times - and let go almost every time
Next Page