Inside the UKIP supernova

As Henry Bolton arrived for UKIP's emergency general meeting camera shutters fluttered and members of the public started to heckle him. "Is that your real height Henry?" "Is that your real hair Henry?" A small curious crowd had gathered outside Birmingham's International Convention Centre to witness what would eventually be Bolton's dismissal. 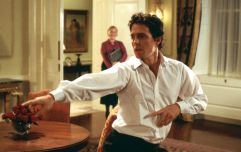 END_OF_DOCUMENT_TOKEN_TO_BE_REPLACED

In the weeks building up to this Emergency General Meeting one of UKIP's top staffers described Henry Bolton to me as "politically inept" and a "cunt." Others stopped themselves at "poor judgement." I think an accurate description of the man is somewhere between the two, but I don't believe in missing the opportunity to call someone a cunt in writing.

To understand the current state of play we need to scrub back a bit, through 30 years of Euroscepticism institutionalised in and by the Conservative party and its accompanying right wing press. A pressure sufficiently potent to shift public opinion, to turn photons and atoms to heavy, hard iron. 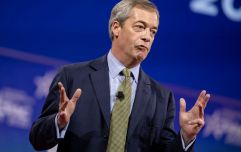 END_OF_DOCUMENT_TOKEN_TO_BE_REPLACED

The resulting referendum in 2016 was a pure, total expression of UKIP sentiment. The country was taking back control. Leaving the United States of Europe. Single issue critical mass.

UKIP has been in free fall since. In 2017's snap election the party's vote share imploded from 12.6 to 1.8 per cent. It instigated then leader Paul Nuttall's resignation and he was succeeded by Henry Bolton in September last year.

It made Bolton UKIP's sixth leader in 18 months and forces real, existential questions like 'Is UKIP anything more than a bubble of personality around Nigel Farage?' 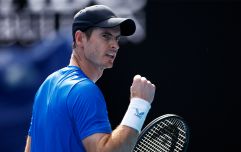 END_OF_DOCUMENT_TOKEN_TO_BE_REPLACED

From his accession Bolton has garnered little attention, apart from stating publicly he believes himself capable of strangling a badger with his bare hands. That was until his girlfriend, Jo Marney, was discovered to be racist. This got a lot of attention.

Droves of senior Ukippers resigned and the party's NEC passed a vote of no confidence in Bolton as its leader, calling for him to quit. Instead of going quietly he played his wild card, calling an Emergency General Meeting. A general summons was mailed to the entire party membership, calling an assembly at Birmingham's International Convention Centre and a vote on Bolton's future. The last time this happened was in 2000. There was a stage invasion and a man died of a heart attack.

Which brings us to now.

The party expected about 2,000 members to attend. In the end they got about 1,500. Some made t-shirts backing Bolton, others tacked signs onto umbrellas denouncing him as an MI6 mole. In the queue to get in one told me they were "here for the chaos" and to "give the NEC a bloody nose." One speaker tore up a €5 note on stage.

In advance of the meeting, former UKIP deputy chairwoman, Suzanne Evans said Bolton was "deluded" if he thought he could continue as leader and that "practically nobody supports him." She was right.

The extraordinary meeting cast 1,378 votes, 63% of them rejected the leader. Henry Bolton was removed.

Announcing the result, chairman Paul Oakden described the day as "regrettable." Shortly after making the declaration he then told the remaining crowd that Gerard Batten would be acting as interim leader. That's the guy who called Islam a "death cult."

Consider this glowing endorsement from UKIP's now former director of communications, Gawain Towler. "It's very hard to work with someone who won't take advice," he told me. "Farage was possibly the most successful player of the last 20 years, and yet he would take advice, whereas Bolton won’t."

During the peak of the Marney crisis Towler recalls having to tell Bolton to "stop behaving like a teenager." That's coming from the man meant to spin positive coverage for him. Afterwards, in the Spoons over the road, one of UKIP's spokespeople (their shadow cabinet equivalent) told me "the party's dead."

Well now UKIP sits on the edge of bankruptcy, owing at least £200,000 to a defamation legal bill and without a leader.

Nigel Farage stayed away, not wanting to overtly influence proceedings. But he waits in the wings. His spokesperson, Dan Jukes, told me at the meeting today: "Nigel wouldn't even consider it for a second [the leadership], but he does want to see the party reform."

Students of astrophysics will know that as a supernova implodes it sends out a massive superheated shockwave and, sometimes, gives birth to a black hole.